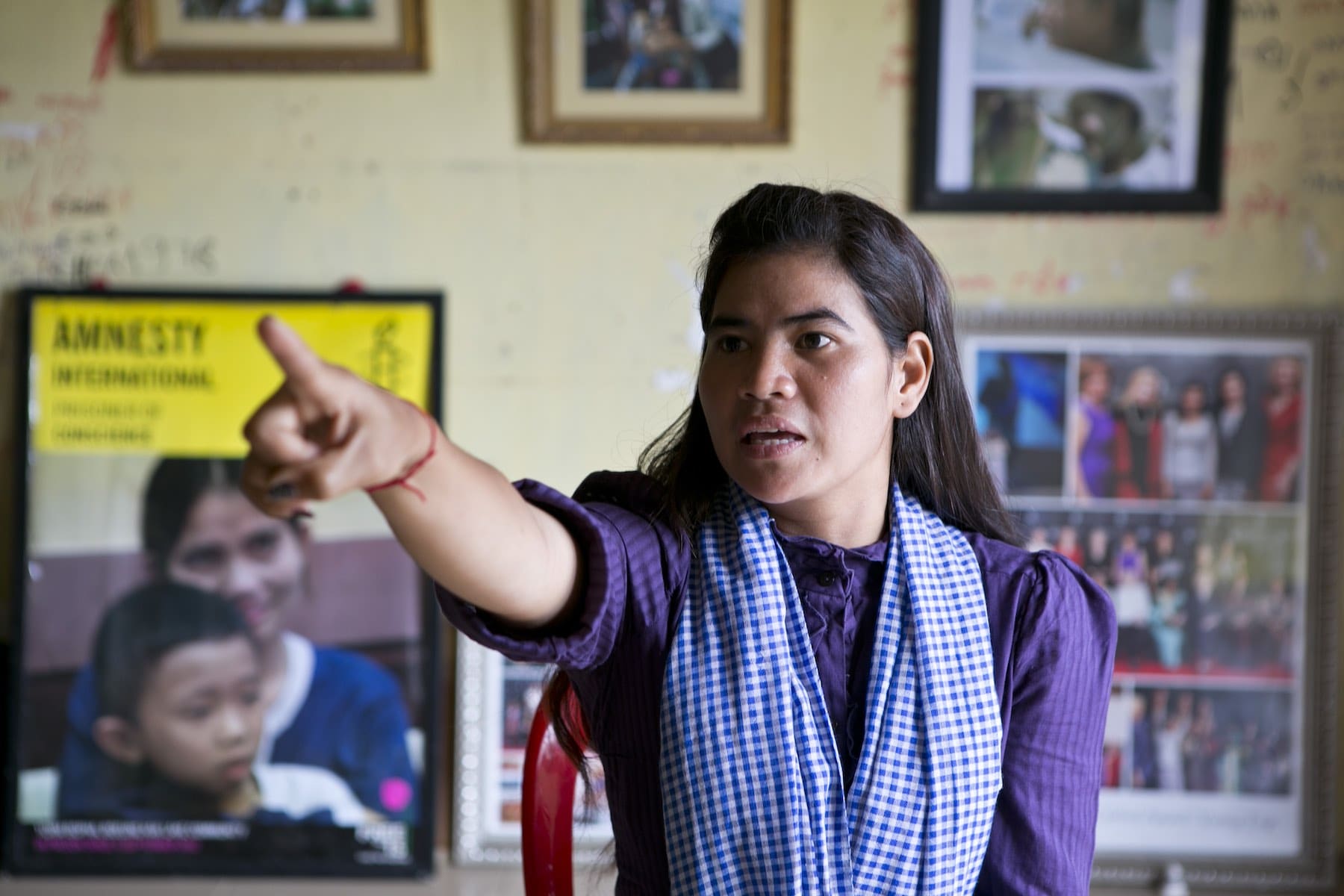 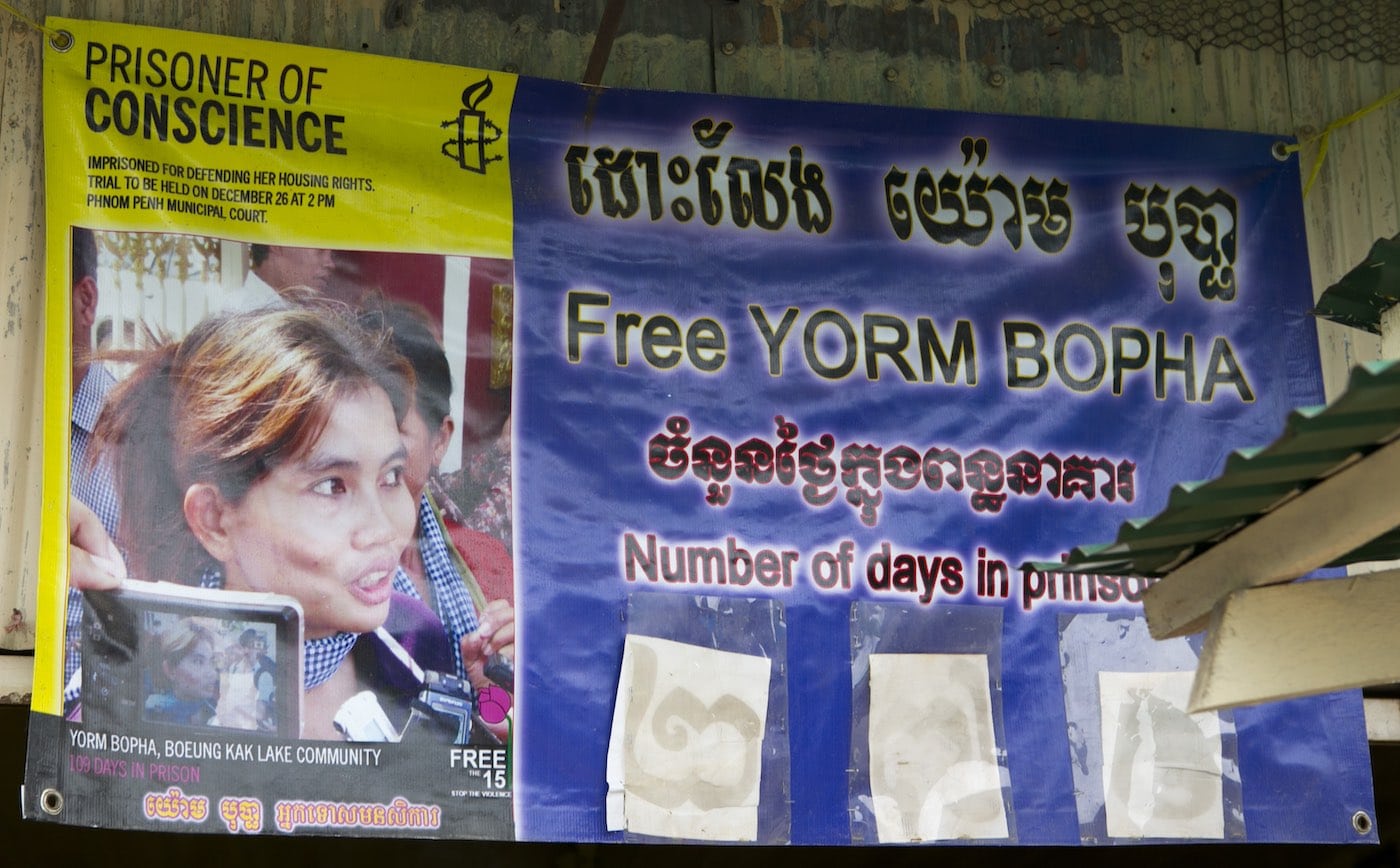 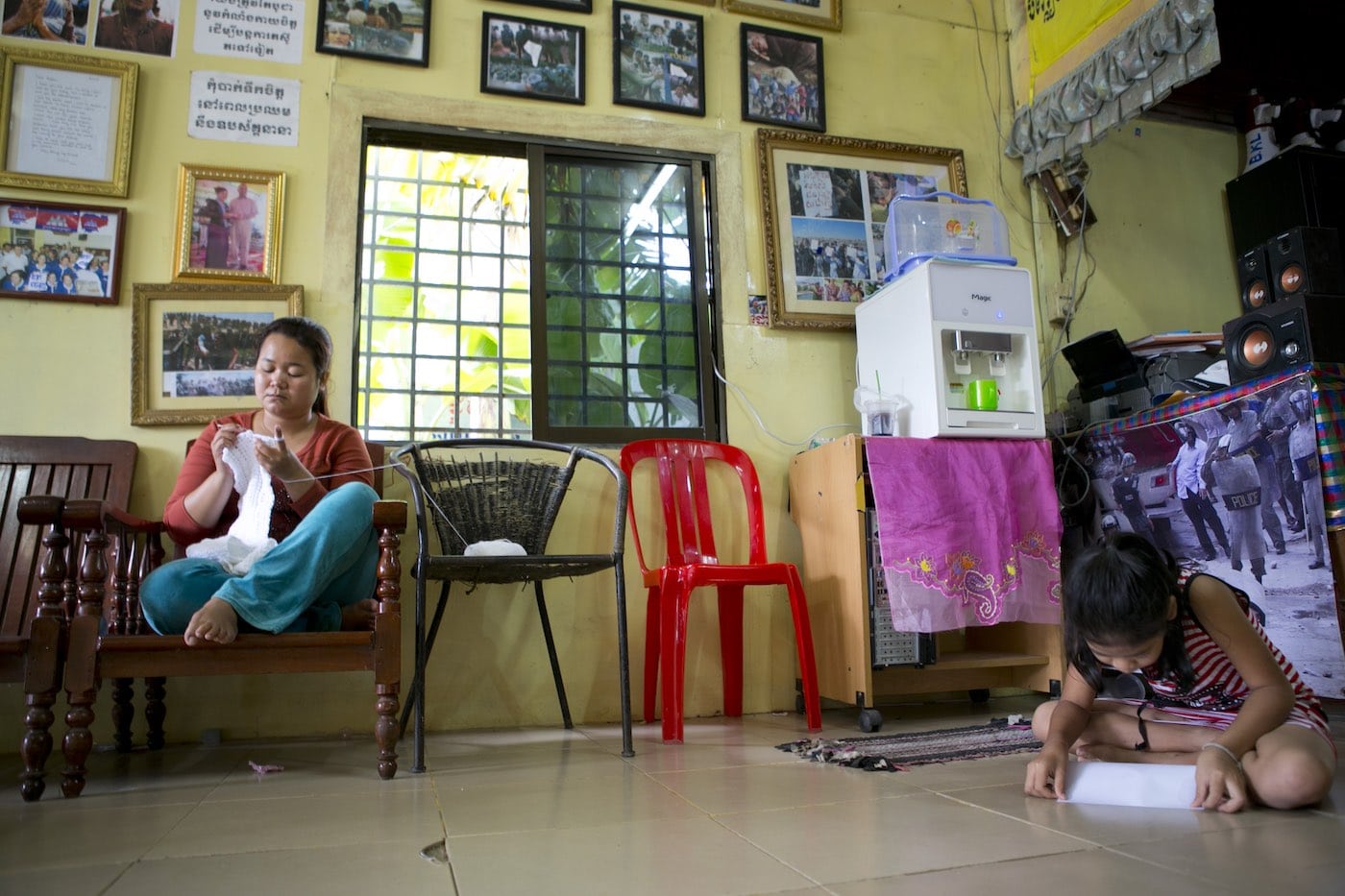 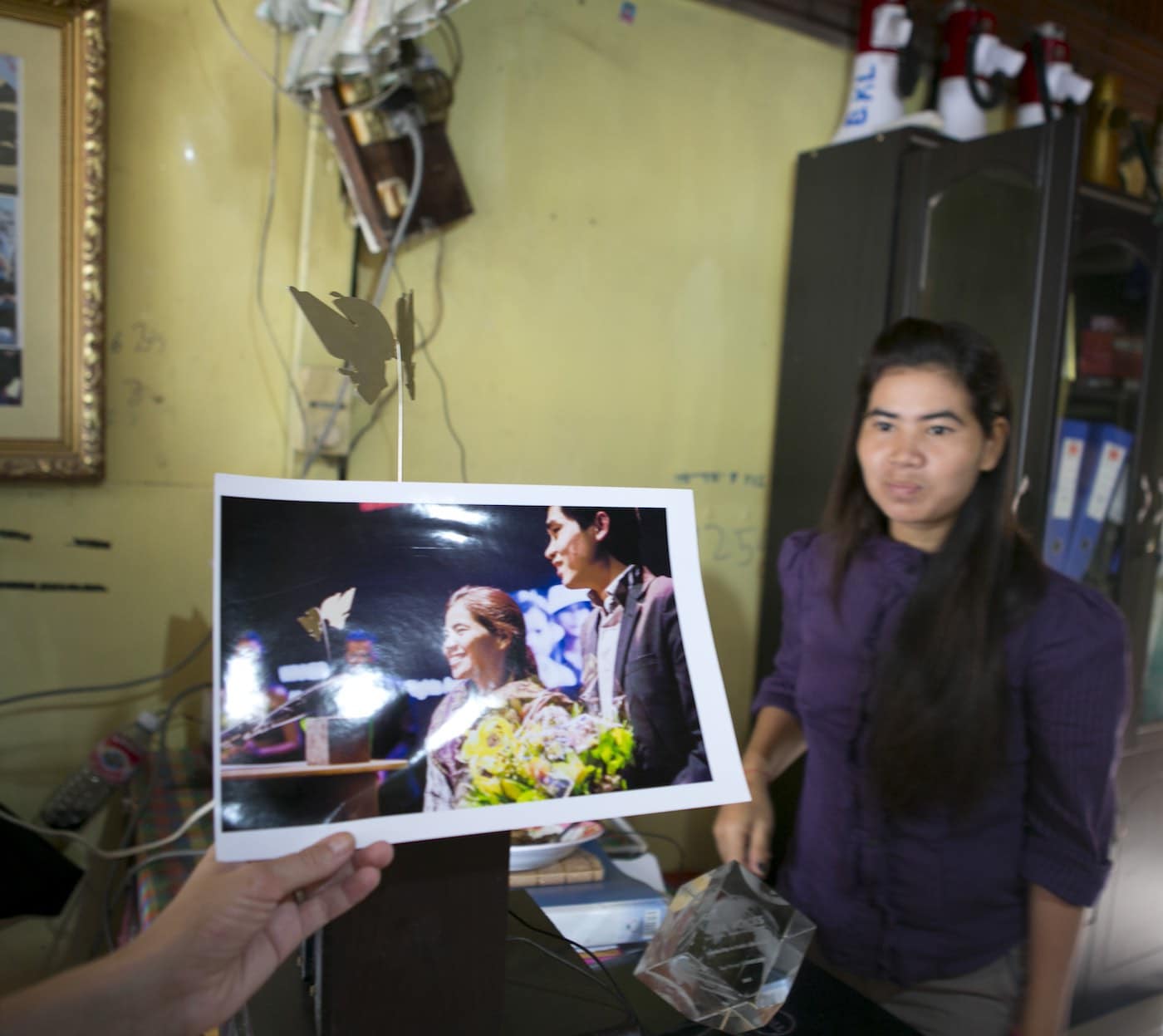 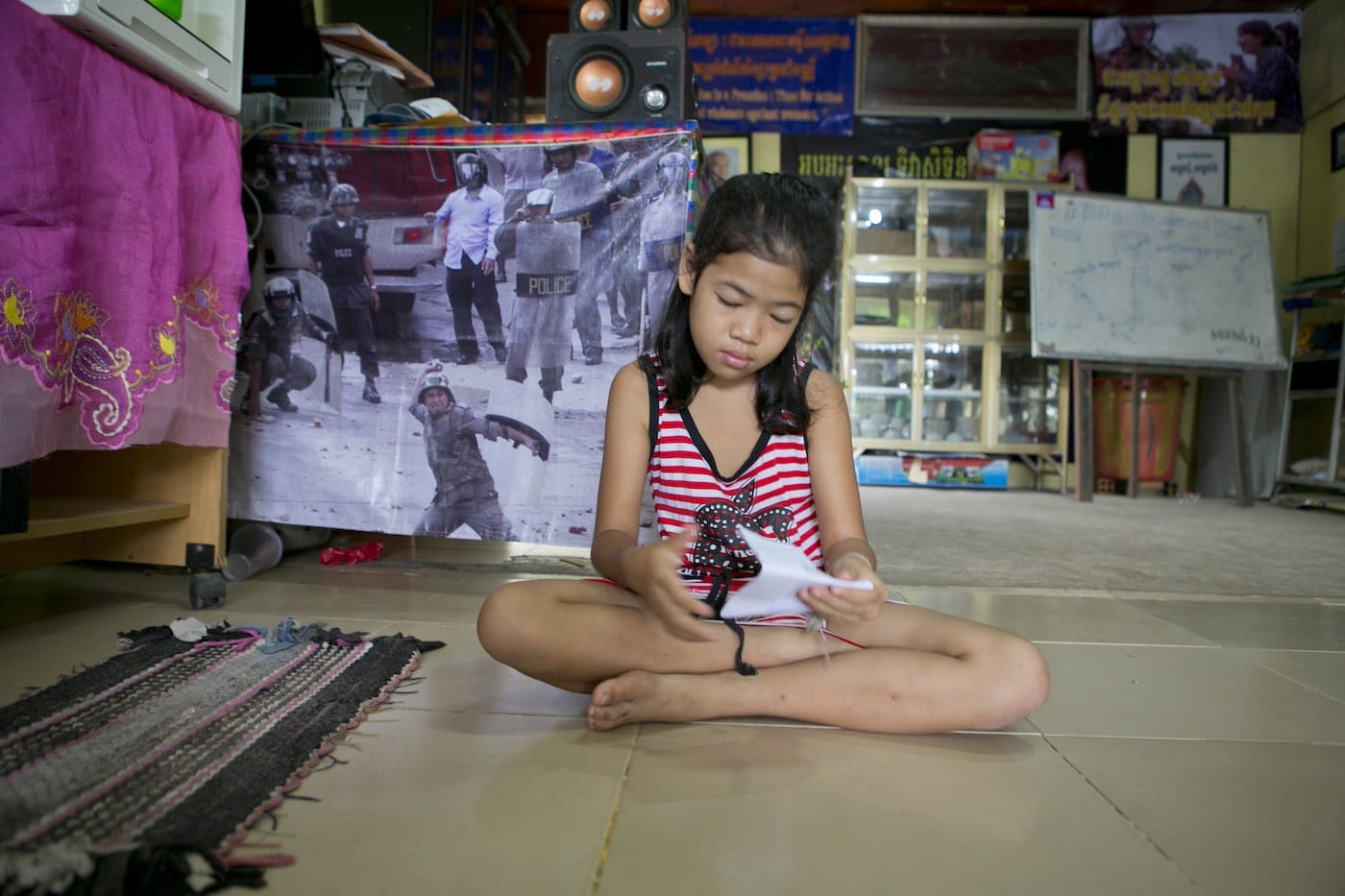 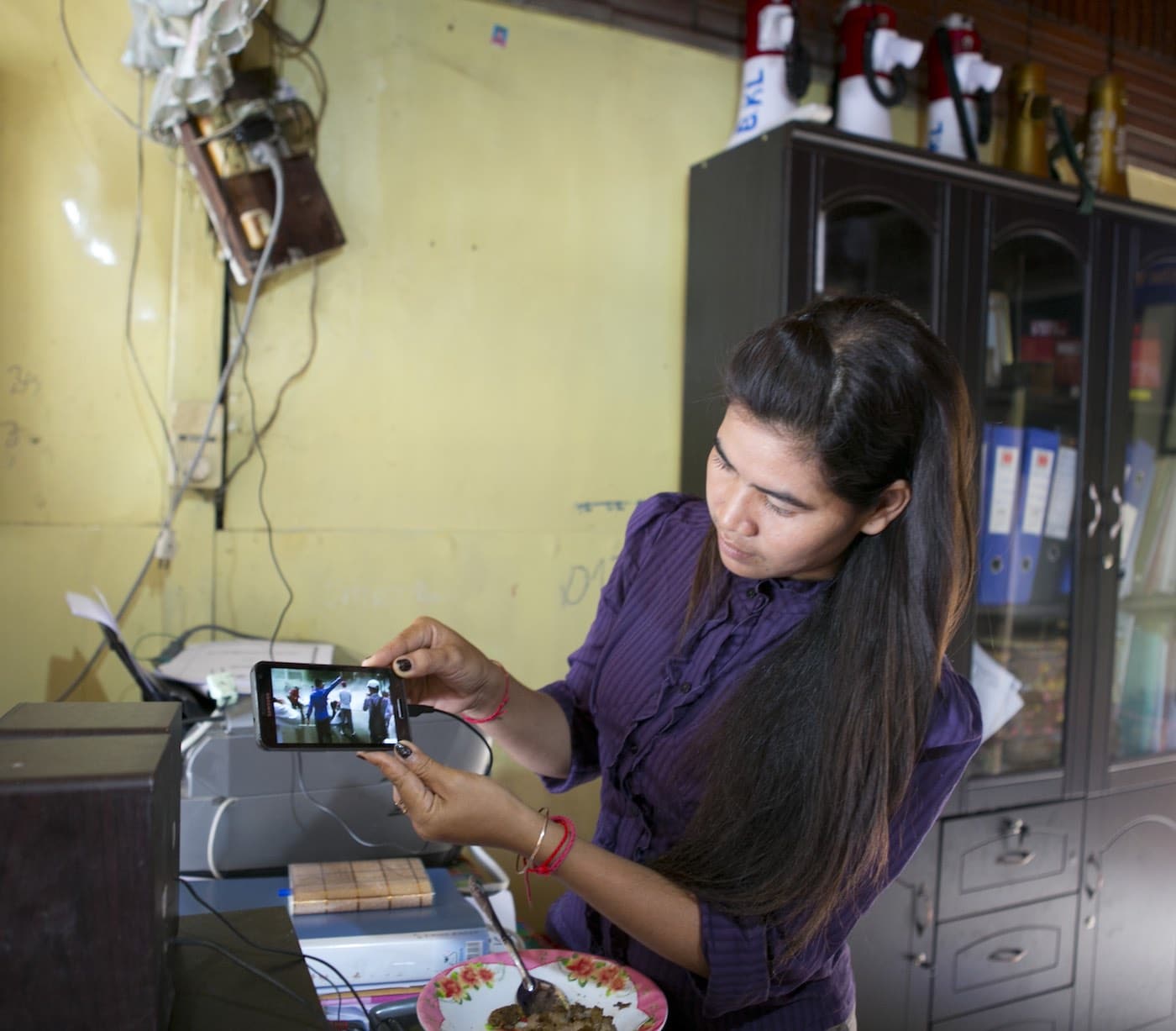 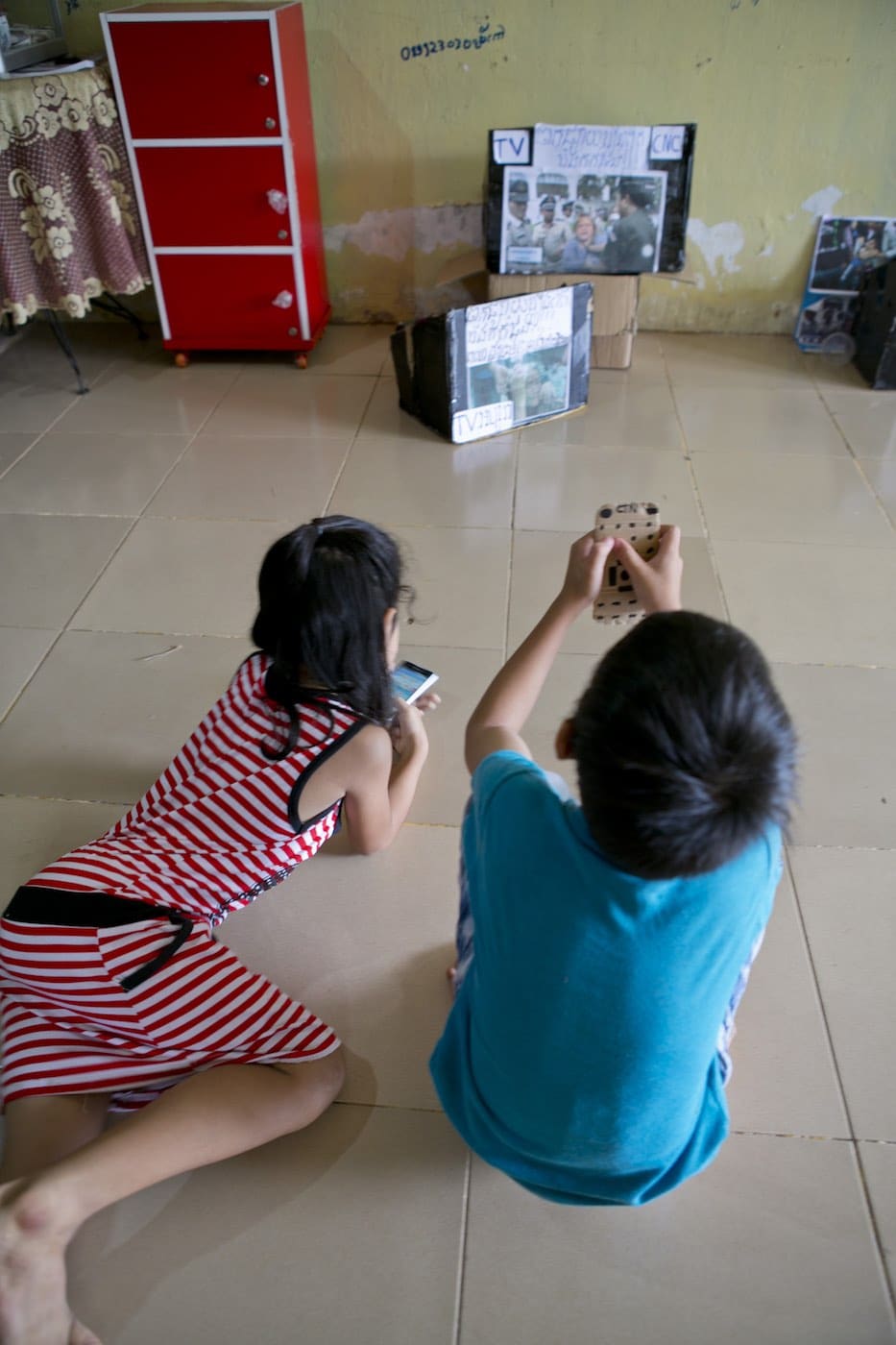 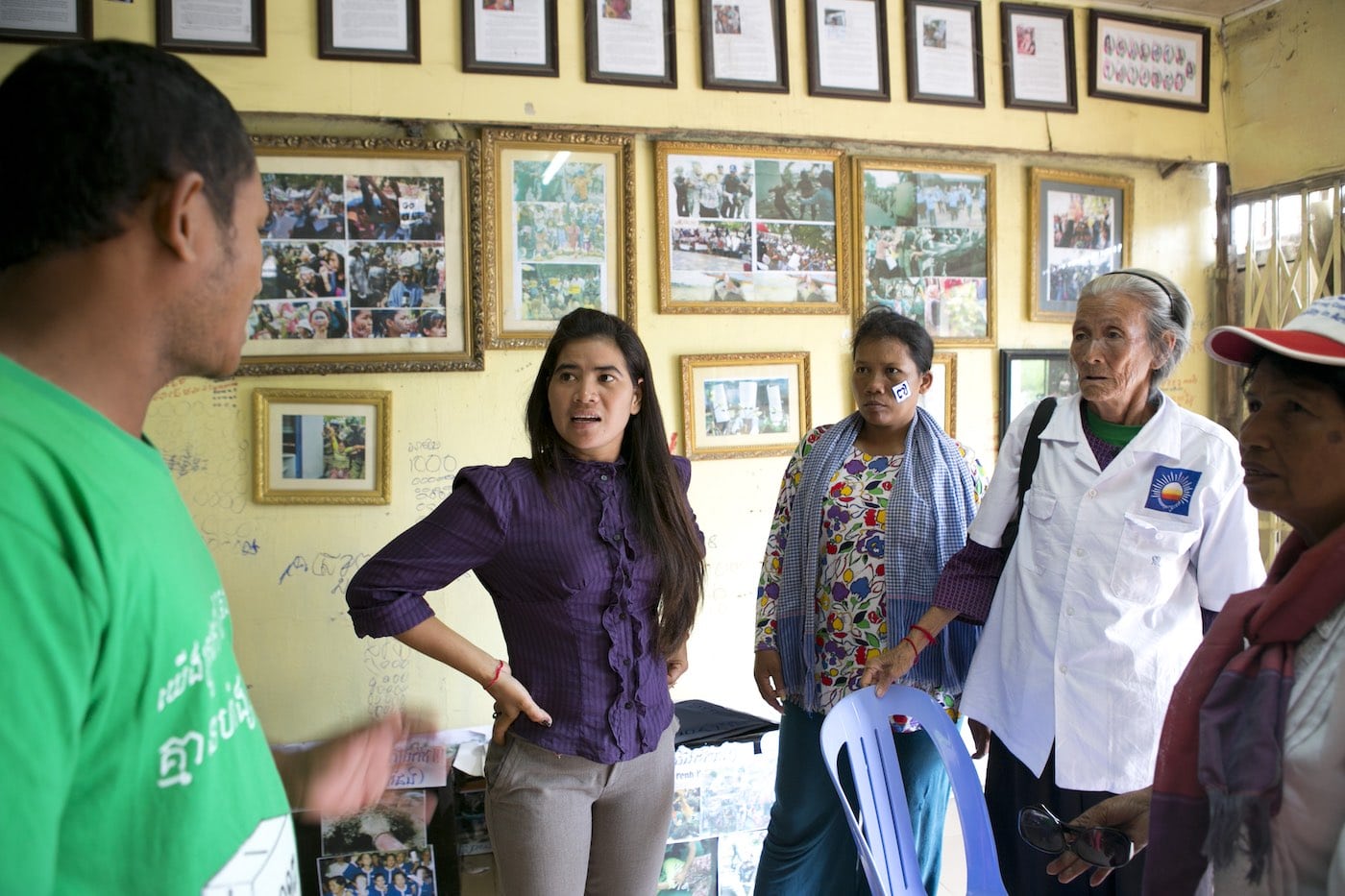 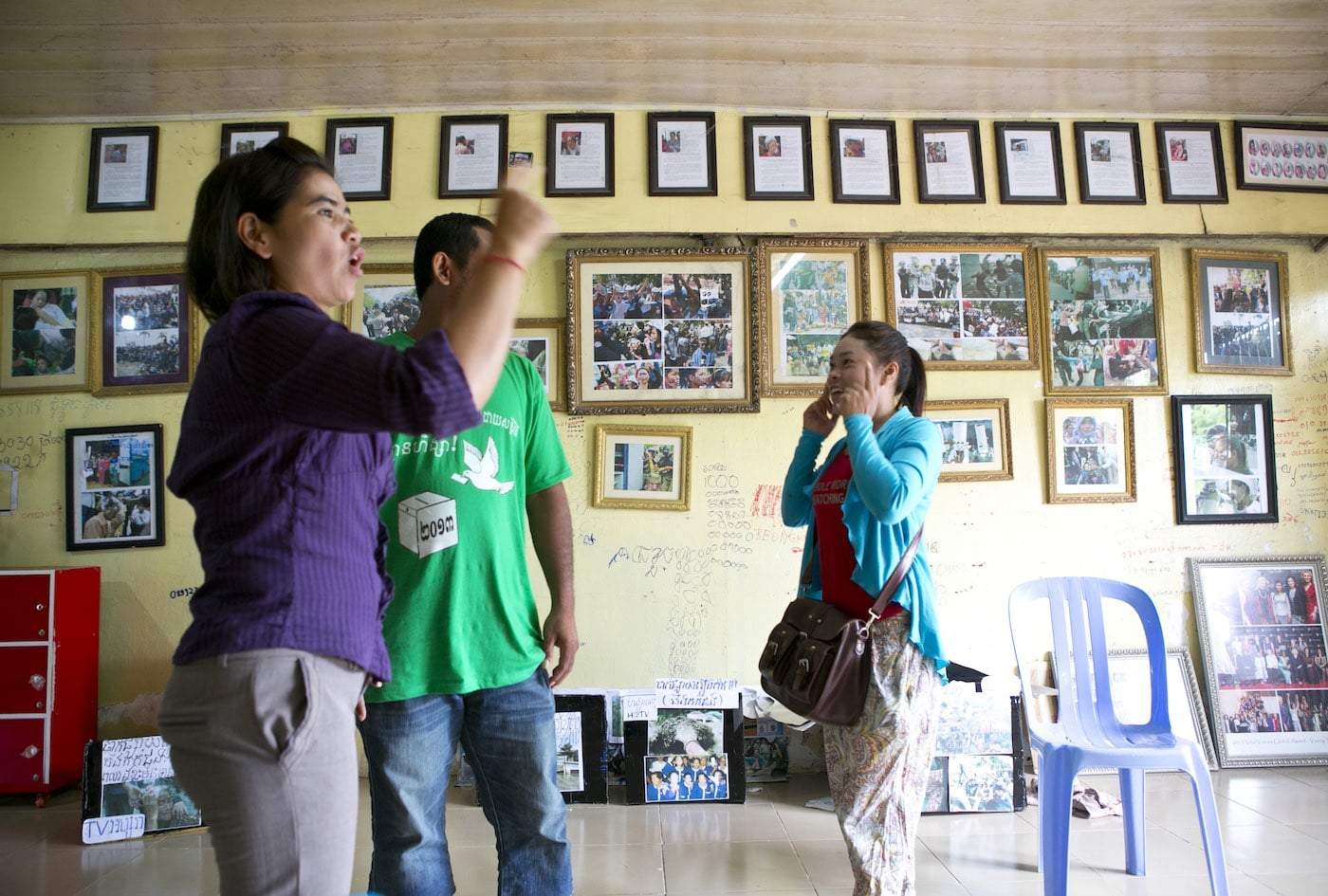 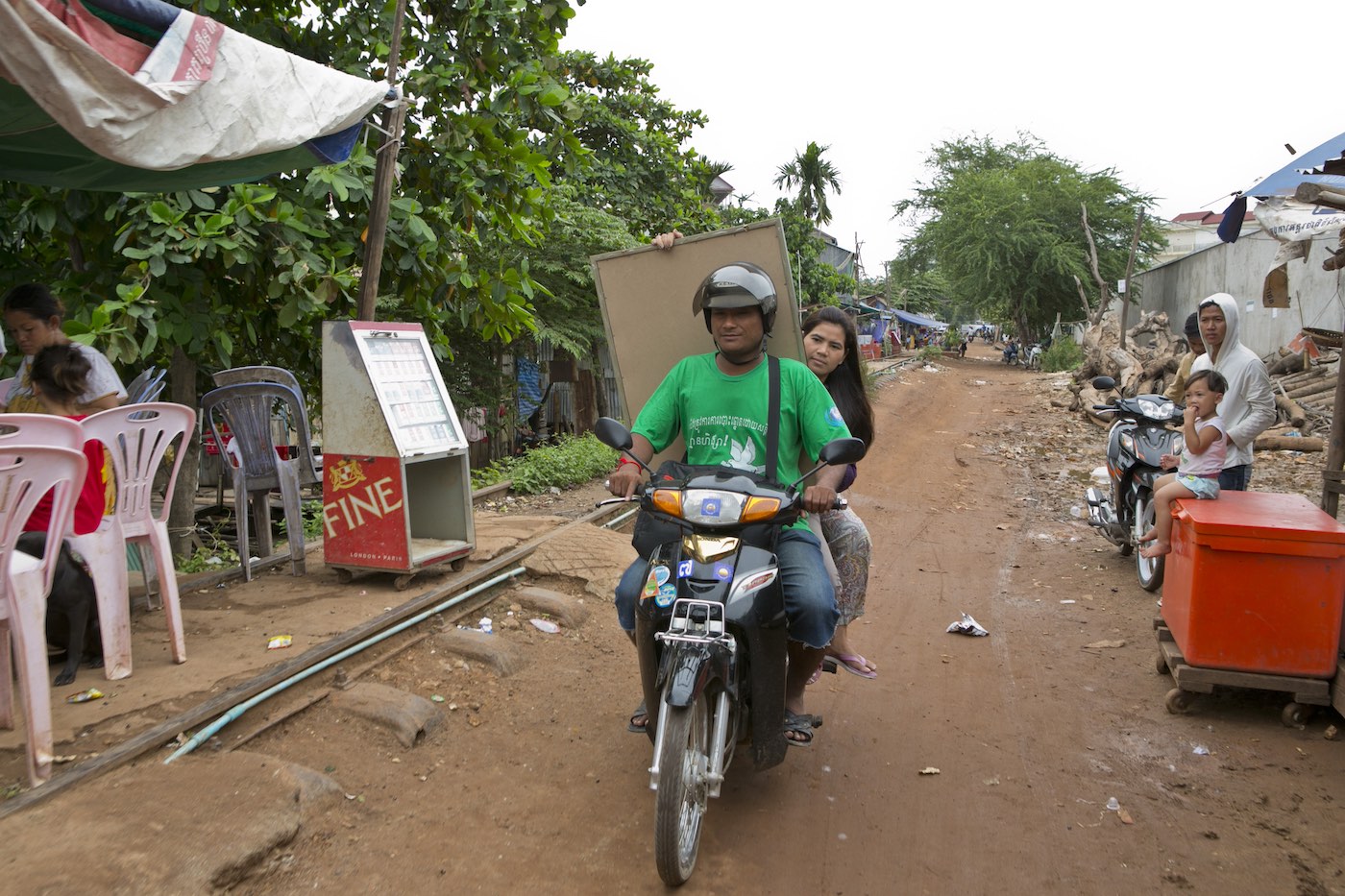 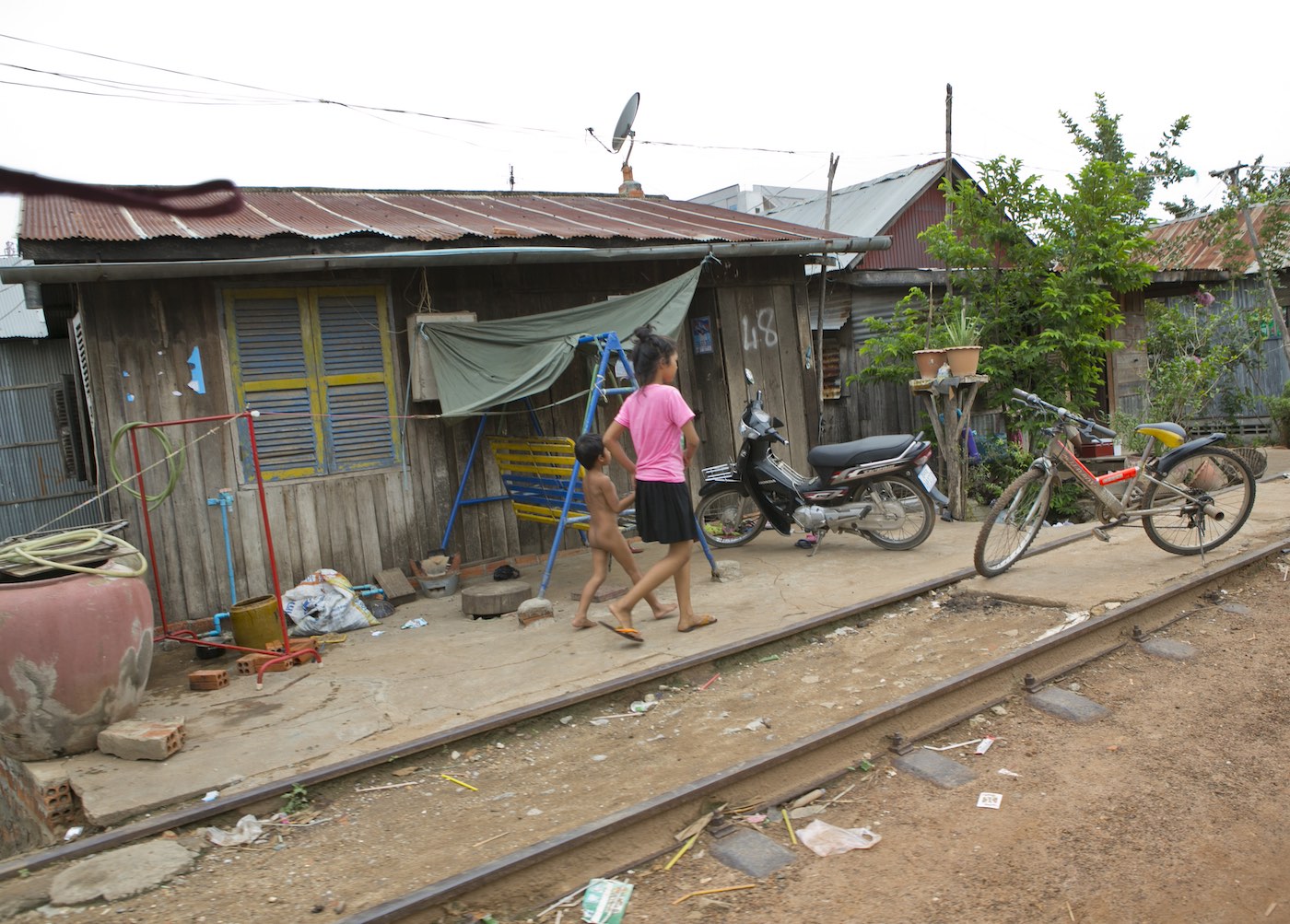 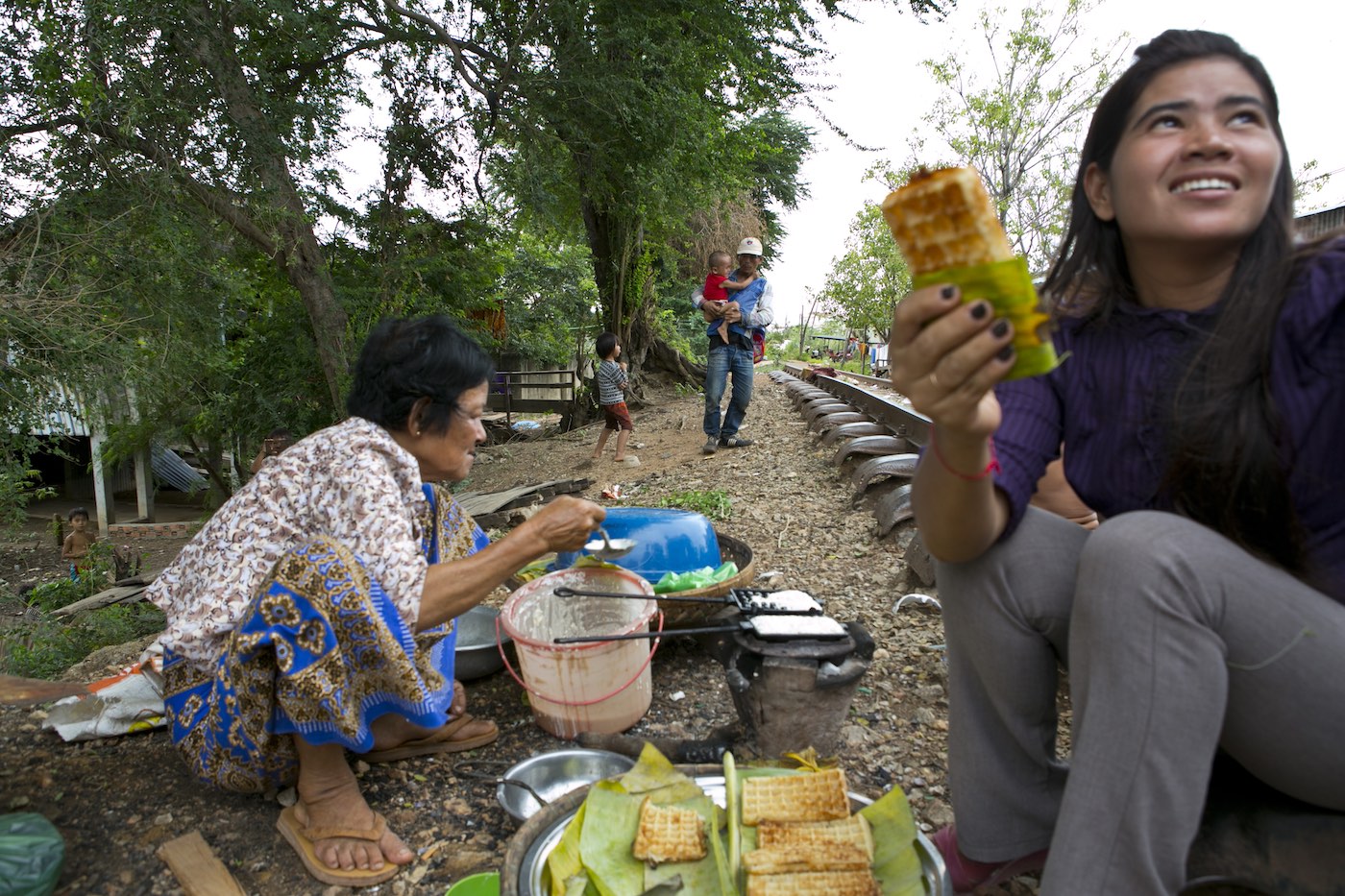 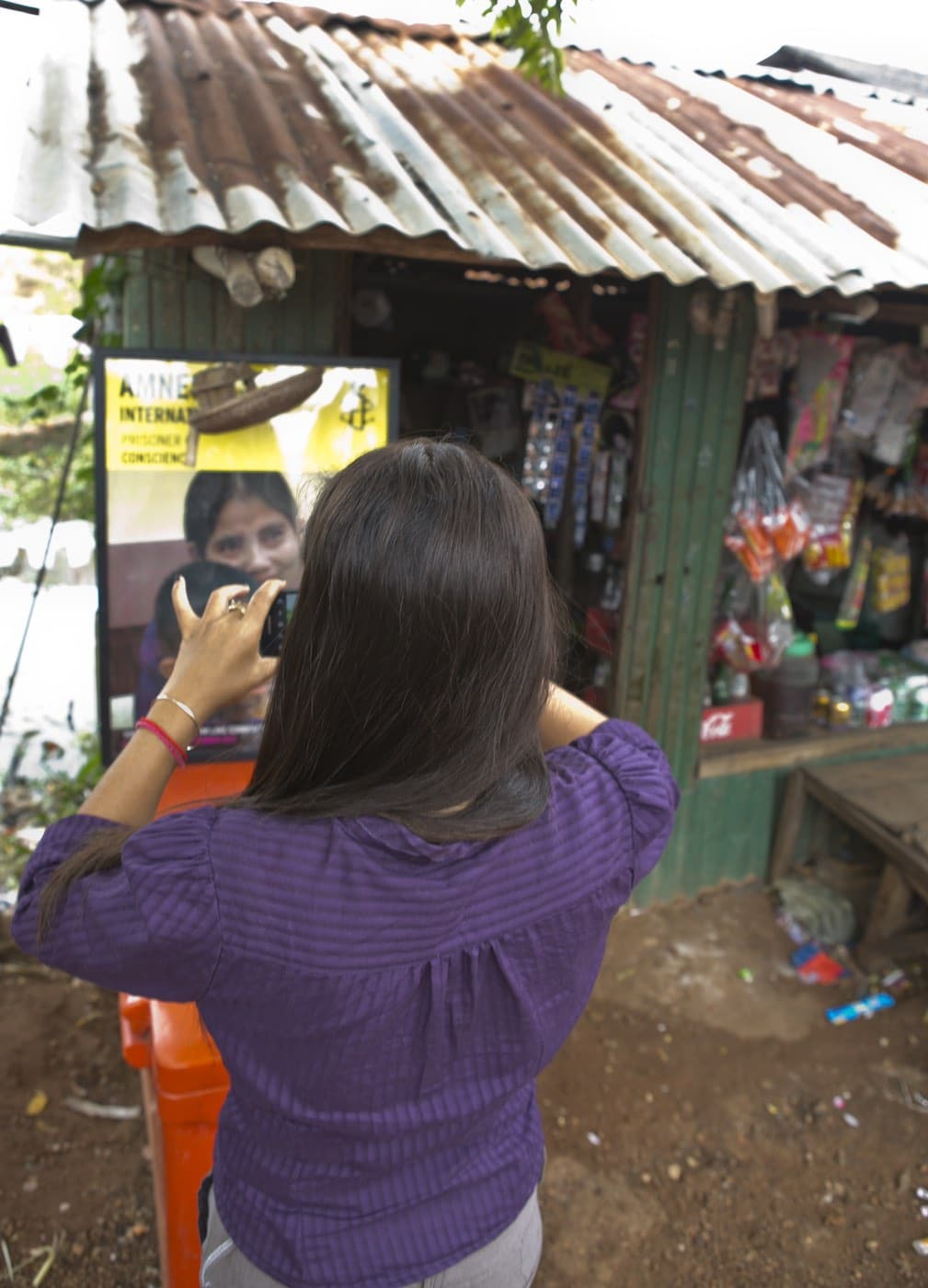 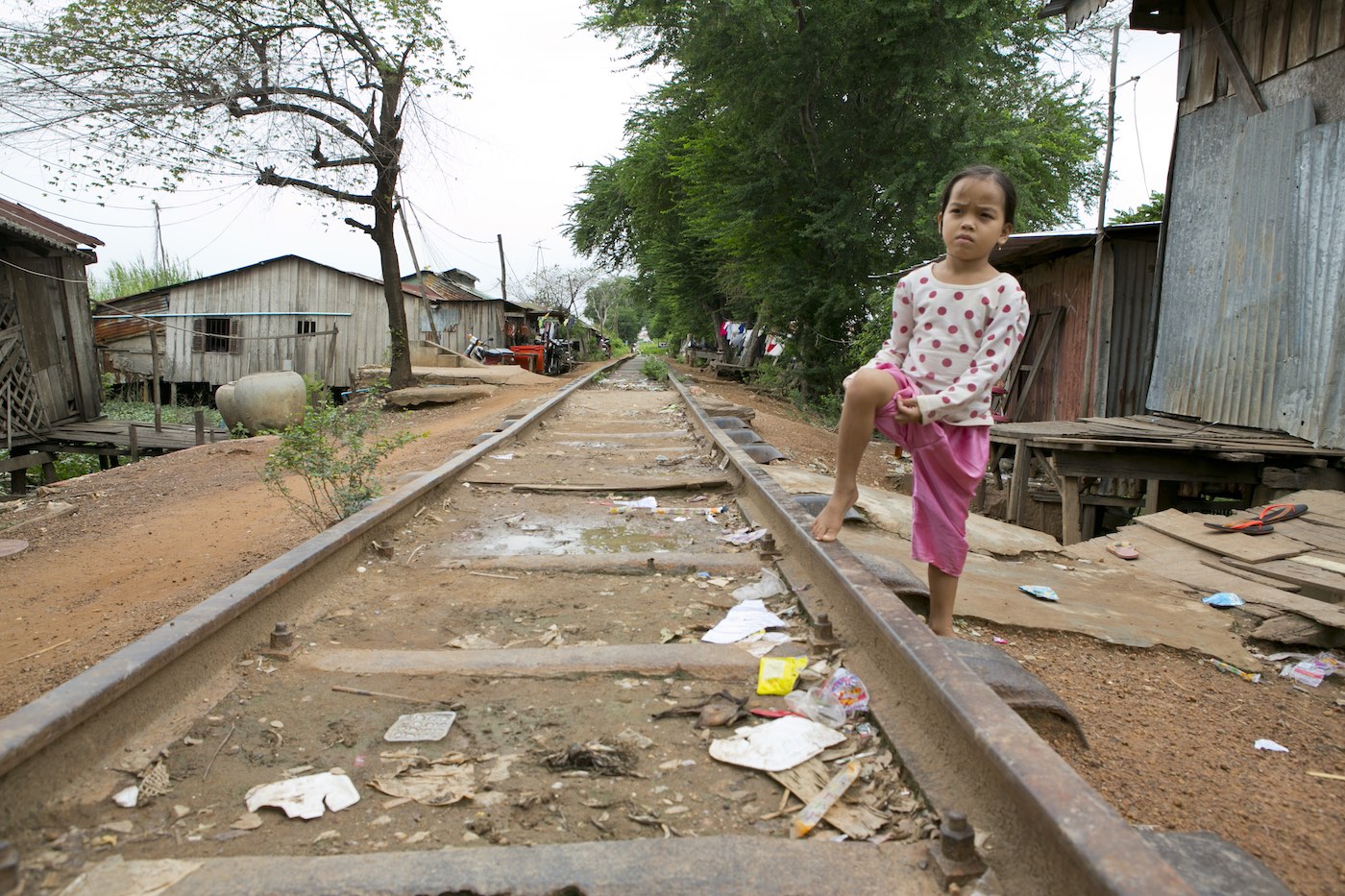 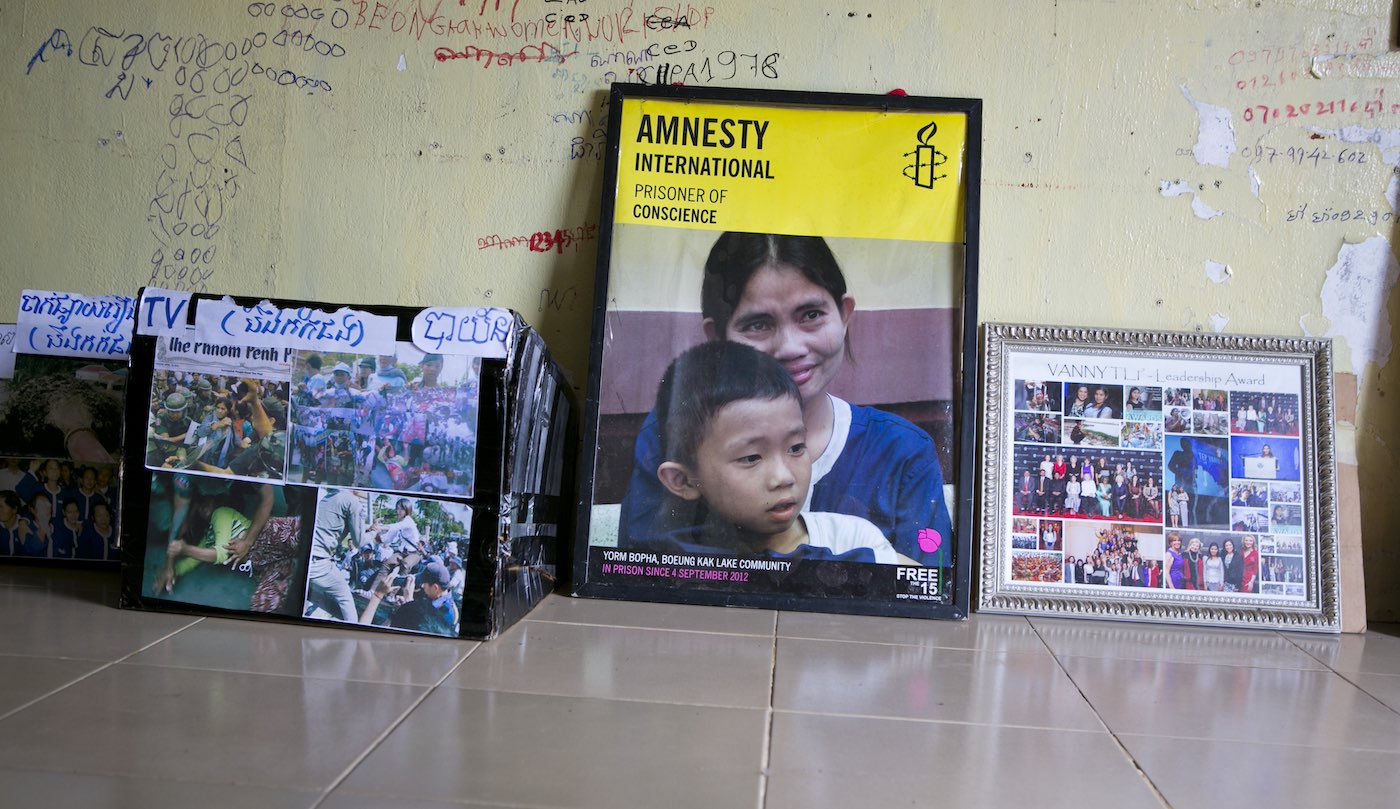 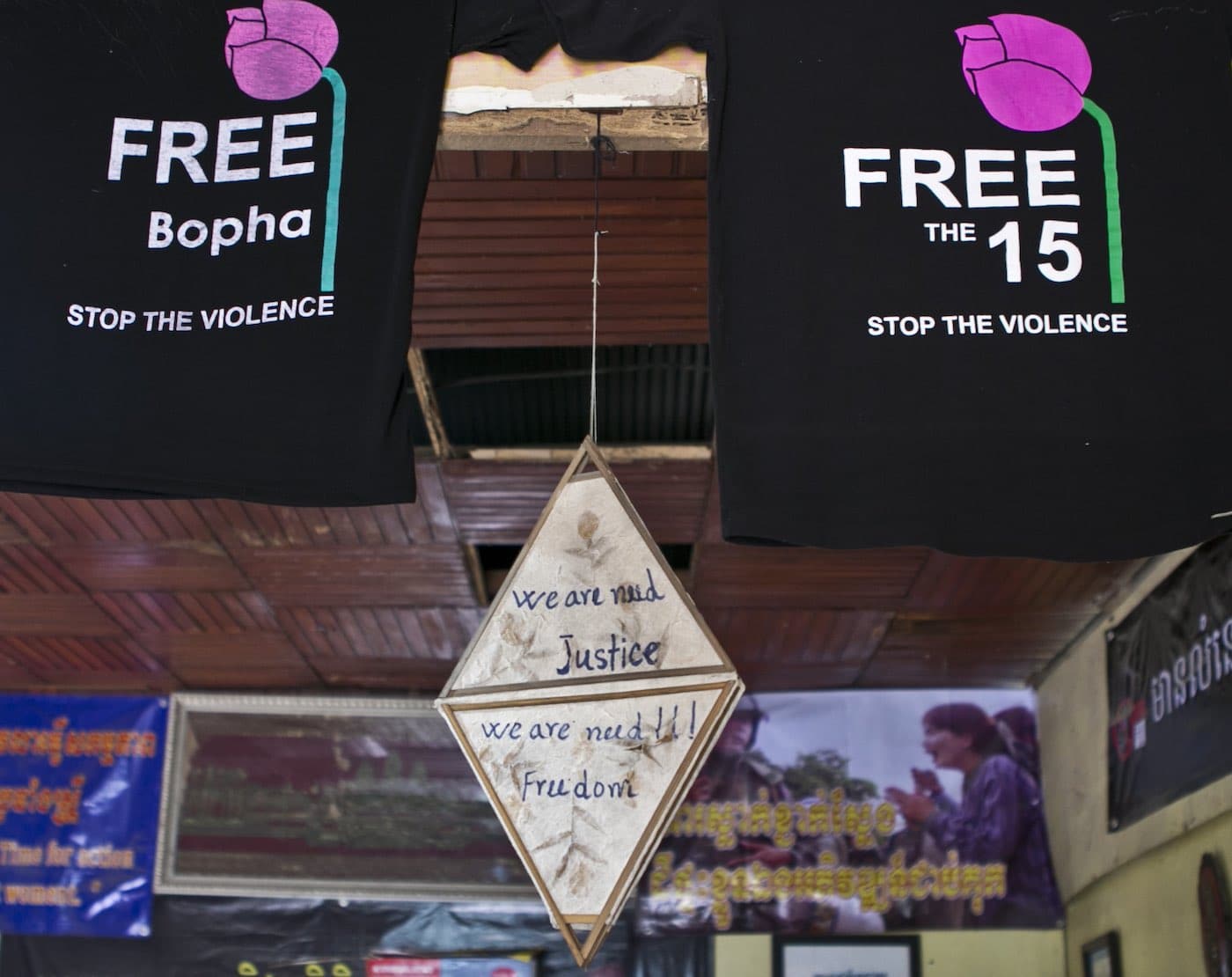 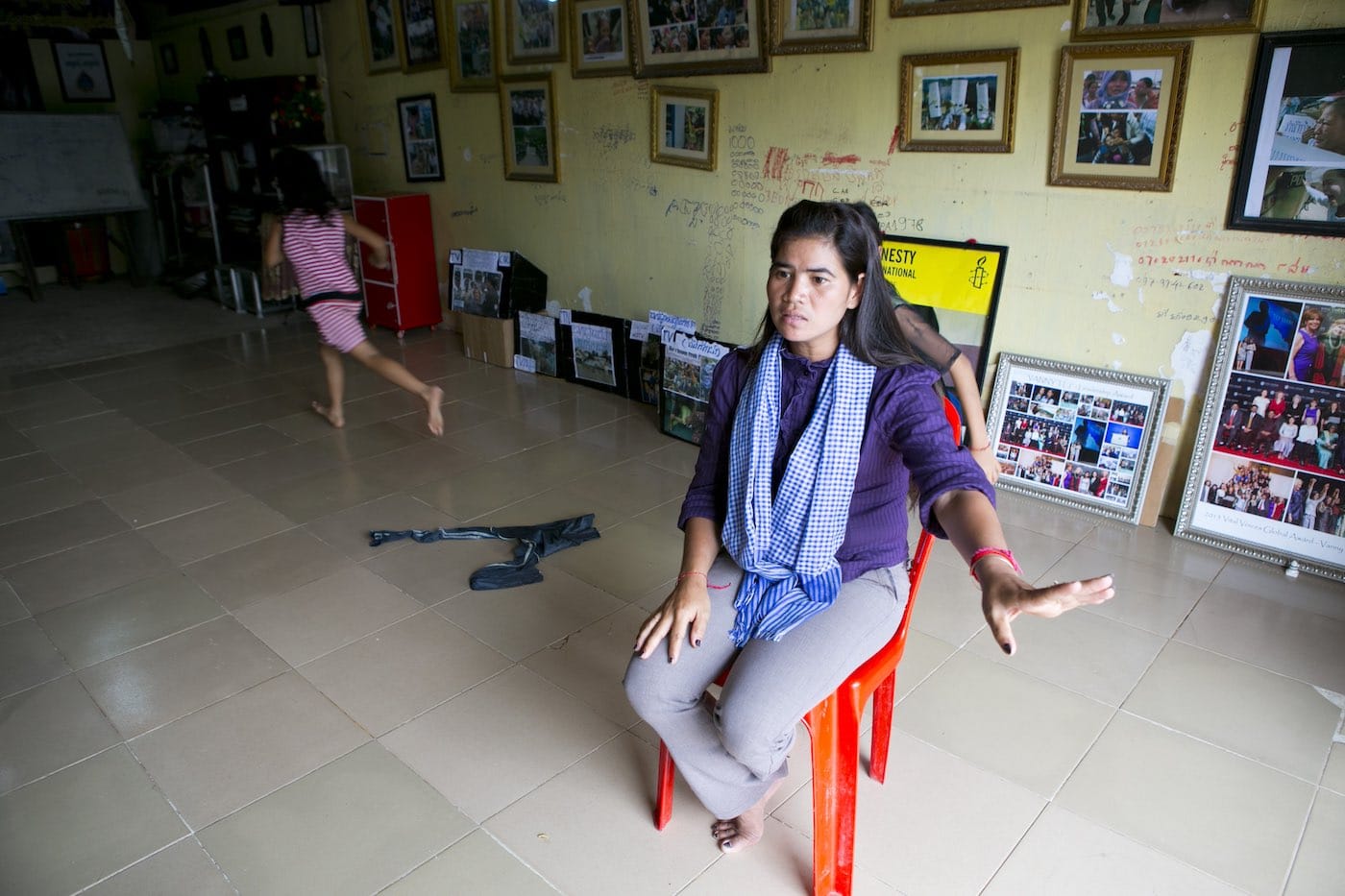 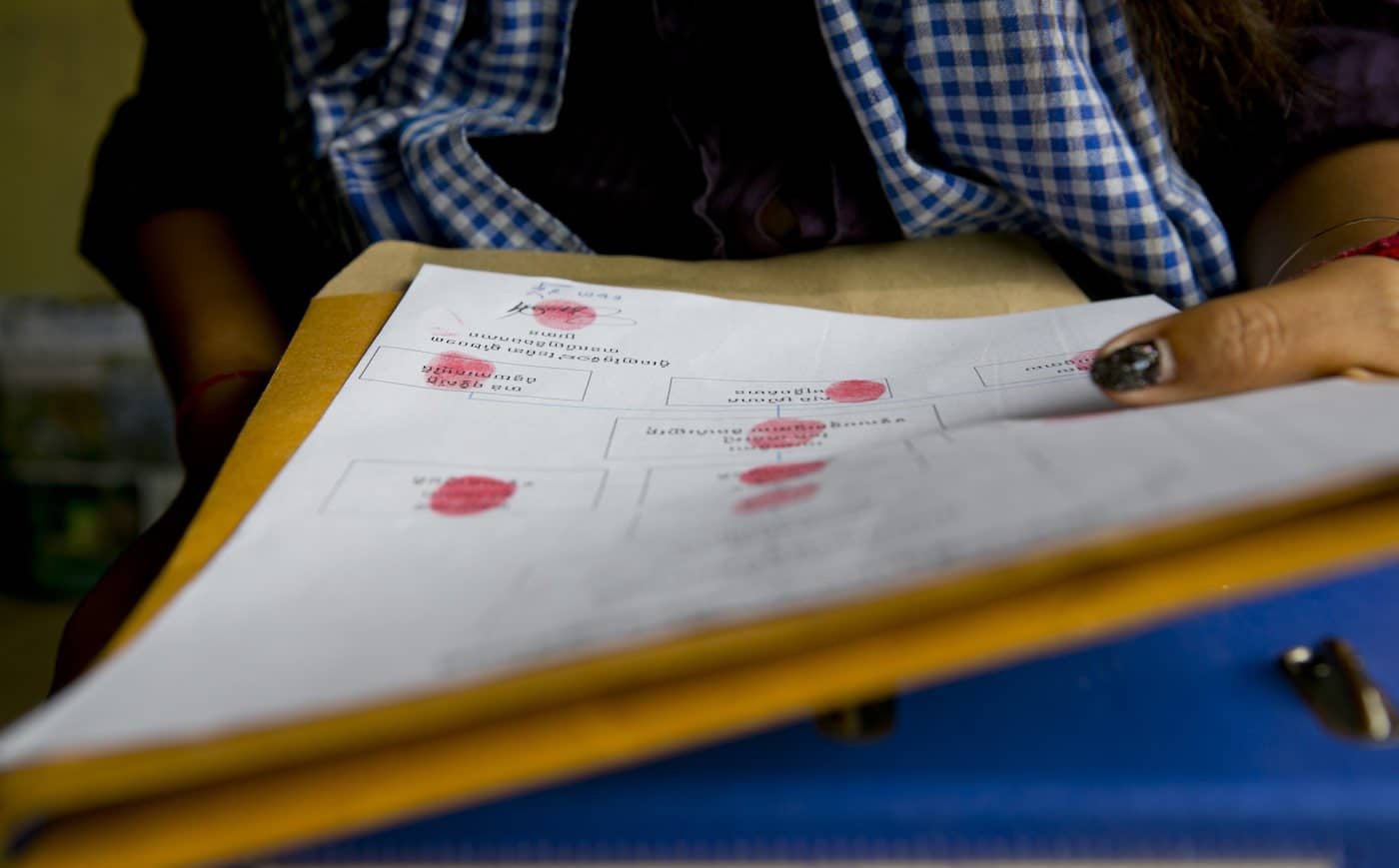 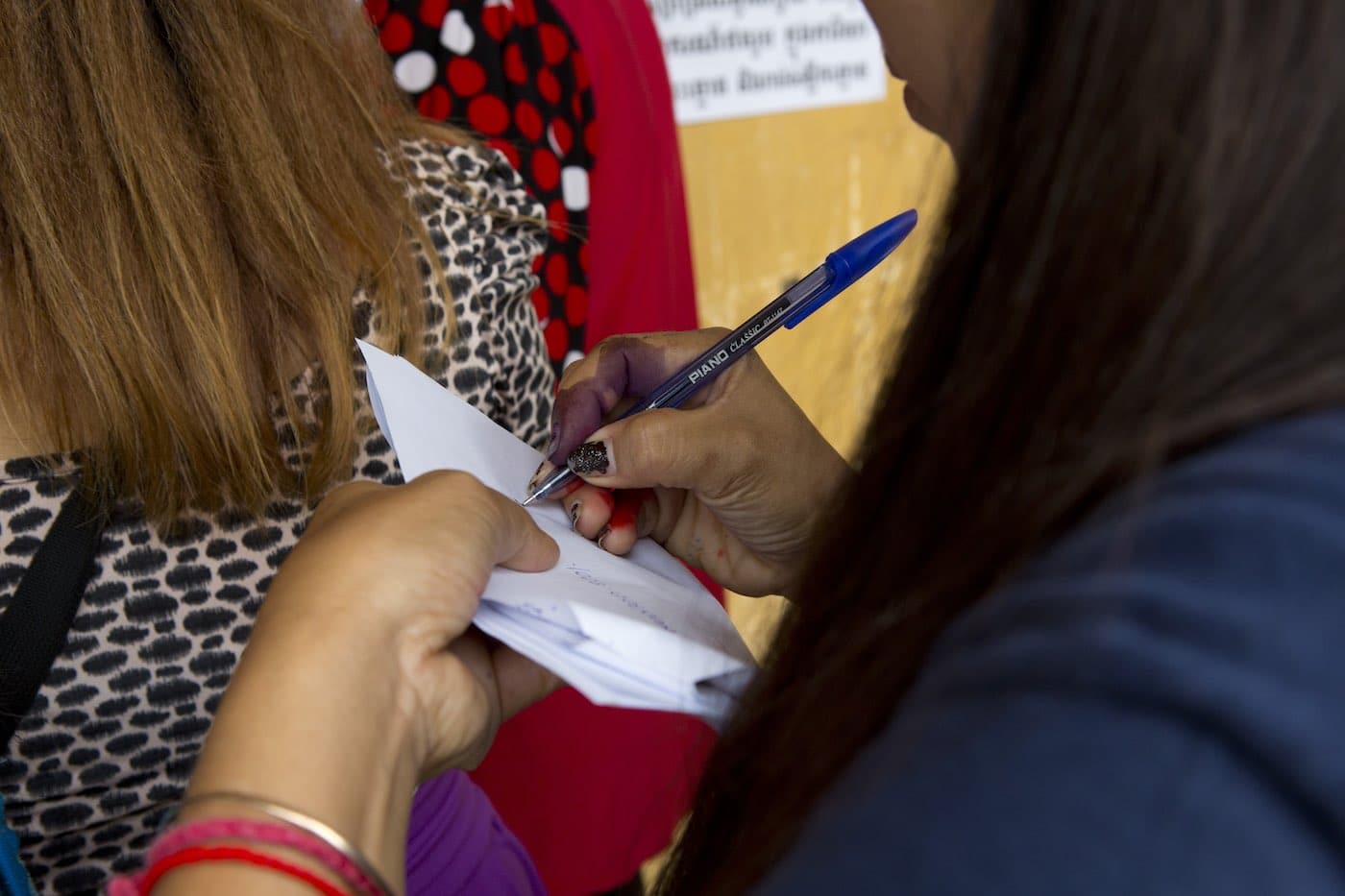 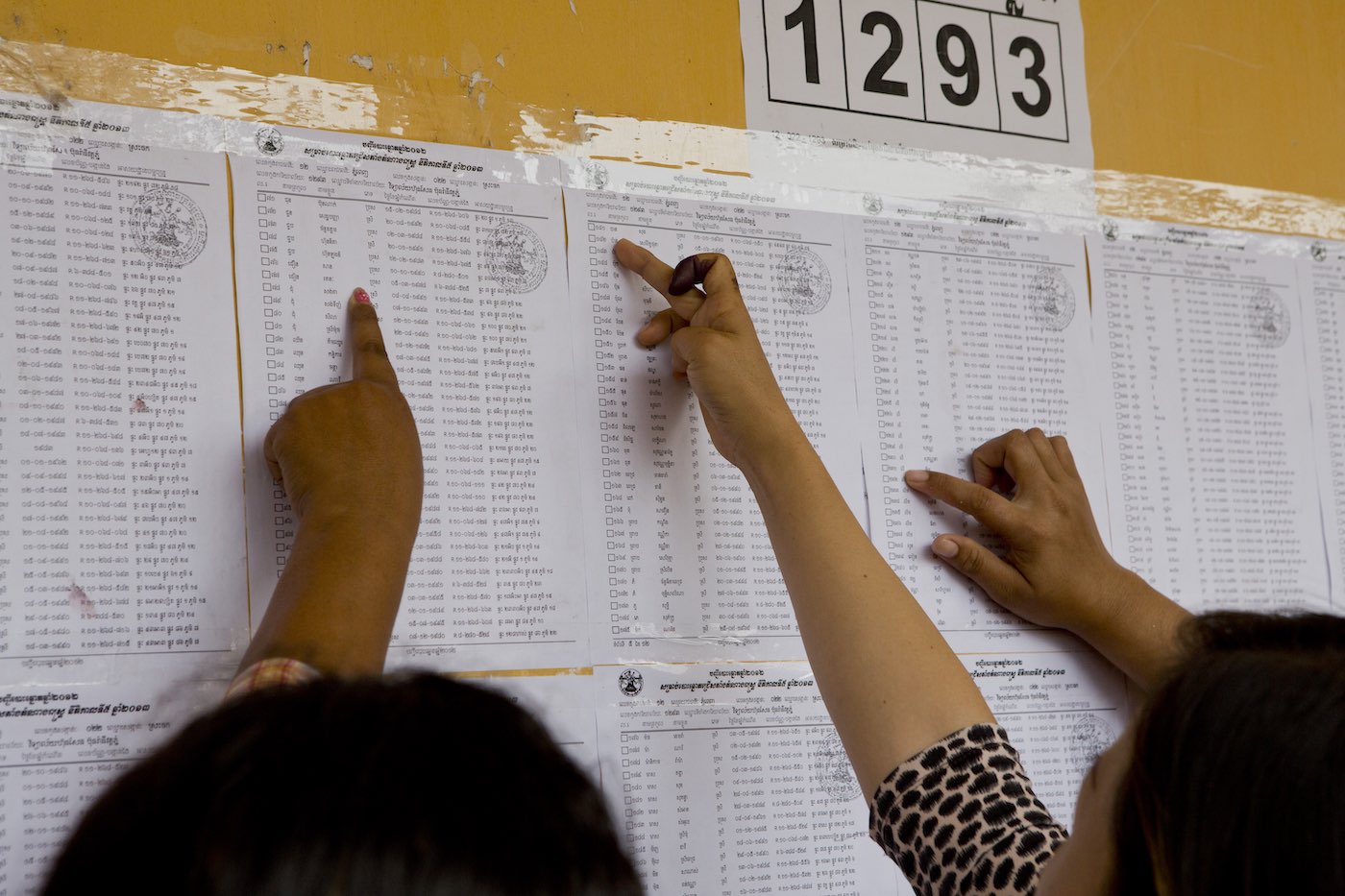 Her almost broken voice can instantly be recognized, but not forgotten.
Vanny started screaming her sincerity in front of her house in 2006 to defend the land rights of the people of Boeung Kak community; she ended up speaking the same words in a microphone in Washington DC when she was granted the Vital Voices Award in 2013. She never learned English for she had no time and stopped school after the 9th grade. “But I remembered the words of media interviewing me”, she smiles. Vanny was arrested five times.

Children are running all over the place. At the back of the noisy room, shelves are standing, exhibiting folders and the crystal Award she brought back from the United States. Vanny explains she has been criticized on TV since then. Six “jealous” people have been weak enough to be paid by the government to publicly put her down. They called Vanny “selfish” because she kept all the money’s award to herself. “I was very surprised that the government uses six people against me. I am not the one running for the elections here!” she states very seriously. Her eyes are full of resentment; the news segment is running three or four times a day and she knows very well the faces that discredit her, live, all over the country. “It has been seven years we have been fighting for our houses not to be torn down and to continue living on our land. We could not tell it to the world. But today, only six people can address a wrong message on TV to the whole world”, she says irritated.

In the room, walls are covered with pictures of demonstrations, people running, crying and screaming. Phone numbers are written all over the yellowish paint. This was Vanny’s shop before it became the HQ of a community’s ongoing struggle with Goliath. A hundred meters away from her home, is the Boeung Kak Lake that was filled with sand and sold to a foreign company to develop a touristic resort. People are living all around this giant pile of sand now; most of them were evicted and the ones remaining are sleeping next to an old railway.

“We are white and they are painting us in black. But only people who have a real heart can truly fight for their rights”, Vanny tells about the fight of the Boeung Kak community against the authorities. Since 2006, military forces, police and private security company have been used to evict over 300 families from Boeung Kak. They have been calling for biased justice rule their land, costing 13 members of the community to be thrown to jail – including Vanny. Now, she does not want Cambodia to become “like Pol Pot again”.

At just 30 years old, she grew up in a family of nine people, who still support her. Her mum is coming with her to every demonstration and her Dad tells her to focus on “her things to do good” from Omliang, where he lives. When Boeung Kak was still a lake, never would have Vanny imagined she would become one of the indomitable Cambodians. People from Boeung Kak had to organize as a community. “NGOs could not provide us with water, t-shirts and krama anymore. We needed to raise funds withing the community”, Vanny explains. She also looked down saying that the ones in charge of this are now the ones going on TV to criticize her.

Vanny is an indomitable woman. She filed complaints to every place she could at least 20 times. “I have a house and a land title. But it’s unfair that my neighbors don’t”. This is how she became the figure of injustice in Cambodia and how the opposition asked her to become a CNRP representative. “I refused because I want to live with people and stay in my community. I am not interested by high positions or politics. I just want to show that even if you are a poor, uneducated woman, you can do something”. Looking at the giant poster of Amnesty International displaying her friend Bopha, she feels sad. Bopha took over the fight when Vanny was thrown to jail; she was screaming in the loudspeakers now carefully lined up on the shelves, she was fighting against the police to ask for Vanny’s freedom. But now she is in jail despite the requests of the Boeung Kak community. The poster mentions “prisoner of conscience”. Bopha is crying, holding her son in her arms. The community of Boeung Kak is now taking care of him. “We need change. But we have no choice for the change because there is only one party we can vote for to get it”.

On election day, Vanny was not only voting; she was observing the electoral process at the Wat Phnom primary school, recording irregularities, frauds and problems. “If I ever meet Sam Rainsy, I will tell him he should respect his promises if he becomes Prime Minister. We need someone to work for the people and the country”, she confided with a long hard look.