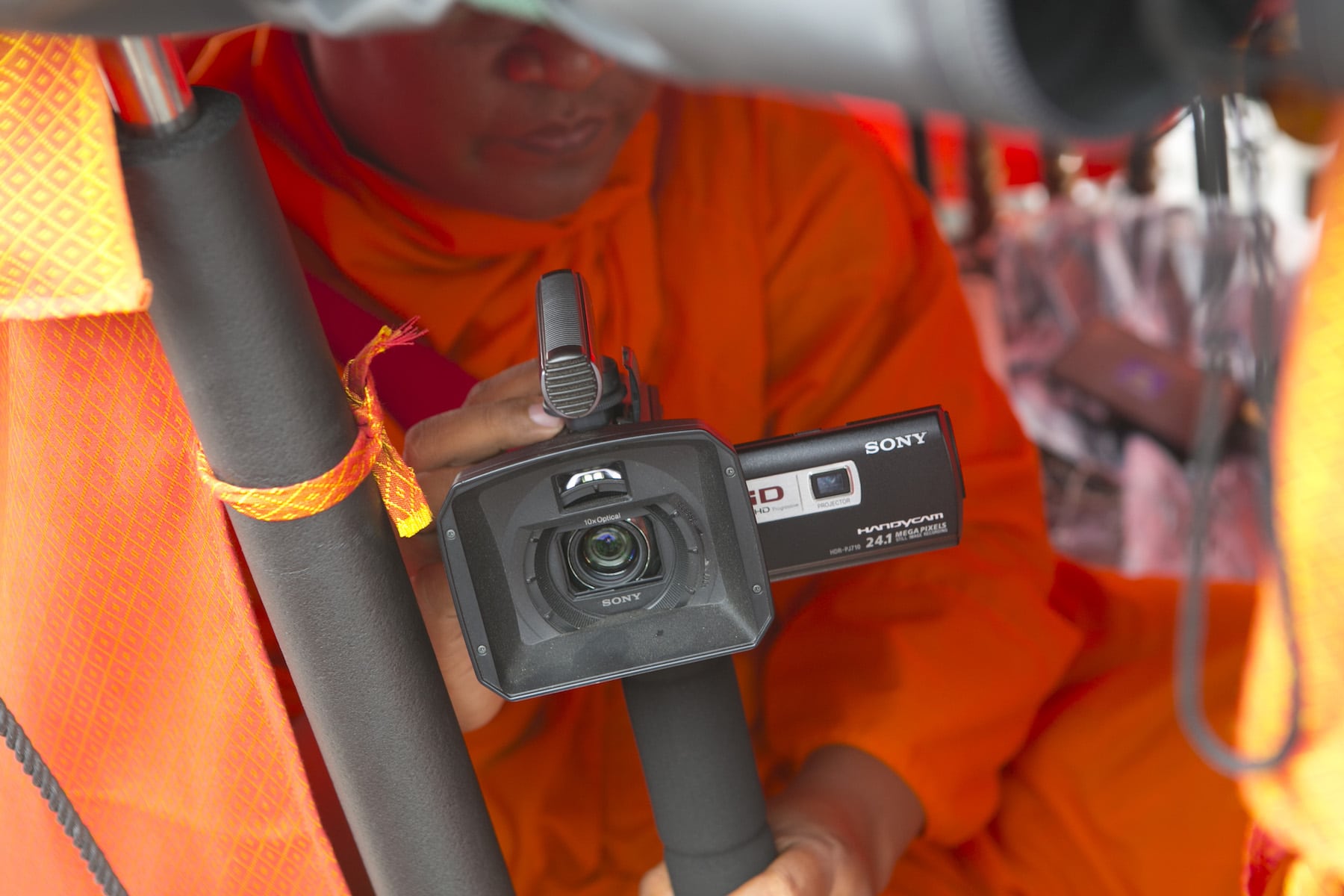 Early that afternoon, a tuk-tuk changed to a carriage of hope and loud music within over a hundred thousand people who invaded the streets of Phnom Penh. They were all there to cheer and enjoy the home coming of Sam Rainsy, the Cambodian self-exiled opposition leader. The bright orange tuk-tuk was waiting still on the long boulevard connecting the heart of the city to the airport, curtain closed. The mystery and tranquillity surrounding it could almost be felt as a hand pushed them away, letting a camera recording the entire scene. There he was, “the multimedia monk” chanting “change” with the supporters.
The Venerable Loun Sovath is no ordinary monk. At 35, he already lived two different lives; a secret one and a well-known other. When he was 13, he was brought to a pagoda to stay away from the Khmer Rouge. He had lost three brothers in the army and one lost his legs in the civil war. His dad would not allow it to happen to him.. Behind his glasses, his eyes remember 1991, when the brave monk of his pagoda risked his life to help him to hide and study Buddhism with 20 other young boys. At that time, one could not become a monk before 50. But the orange hangs of his gown show times have changed. Loun Sovath became no meditative Buddhist monk, as if enlightenment found him earlier than expected. Entering a room he is in is not an easy task; people are queuing, bowing and impatiently waiting for him to say something that would be the teaching of their day.
His jovial face and natural relaxation are the testimony of his firm convictions. In 2011, he told the AFP “the more [the authorities] threaten me, the more I stand up for our rights”. But it had to happen to him first in 2009 for him to become so involved in defending human rights in Cambodia. His nephew and father have been shot by the authorities suffering serious injuries after they protested against the grabbing of their land in Siem Reap province.

Twelve members of his community were then sent to jail but none of the perpetrator of the shooting was brought to the tribunal. His activism is born from this specific injustice. It became so painful and unbearable that he even decided to help banned organizations to get information out of his country. Once called the “007 monk”, he had glasses that could film what he was witnessing. In a country where Buddhist monks are hugely respected but rarely seen standing shoulder to shoulder with those fighting abuses, his peaceful activism has attracted praise from rights groups — and condemnation from authorities. “I became an advocate to teach and educate people and for them to be able to understand their rights”, he says.
As an answer, he has been arrested once a year since 2009 until the ruling party simply banned him last year from entering any Cambodian pagoda. The reason? He stood up with 13 people from the Boeung Kak community who wanted to see their rights respected and say no to their eviction from their houses. Nowadays, he lives in a room in Phnom Penh, in the office of a well-established NGO. “Mobile stay”; that’s how he likes to call the fact that he cannot live in a pagoda anymore. He does not know for how long and in a sense, he has never lived best times as when he does not do anything or his own benefit. “I am happy when I do something good and right to help people”; I am not suffering of the situation; my life is meaningful. Sovath best memory is not the untroubled freedom he had as a child or the smile of his mother. She died when he was a baby and do not remember her. As for the freedom, you have to grow fast in the troubled time he lived in.

His actions can sometimes sound contradictory with the teachings of Buddha and one could say that owning four phones or going online to post videos of human rights violations has nothing to do with this religion. But to him, Buddhism and democracy are the same; based on peaceful politics, they allow rights to be respected and condemn corruption. And he protects natural resources for the Buddha was born under the tree. To him, the faith belongs to the Cambodian People’s Party in Cambodia. “The chief of my former Pagoda is a member of the CPP. If a monk stands up for rights, he can stop him. They are all afraid to do like me but they follow me”. Anyways, religion and politics are already mixed. The Supreme Monk has been here since 1979. “Like Hun Sen”, he declares widening his arms as if it were obvious. Loun Sovath states that the current Cambodian situation has started after Pol Pot, “when Vietnam came to control the country”. This is the reason why it became communist and Buddhism is not independent. Why then would his Buddhism be less faithful that theirs? 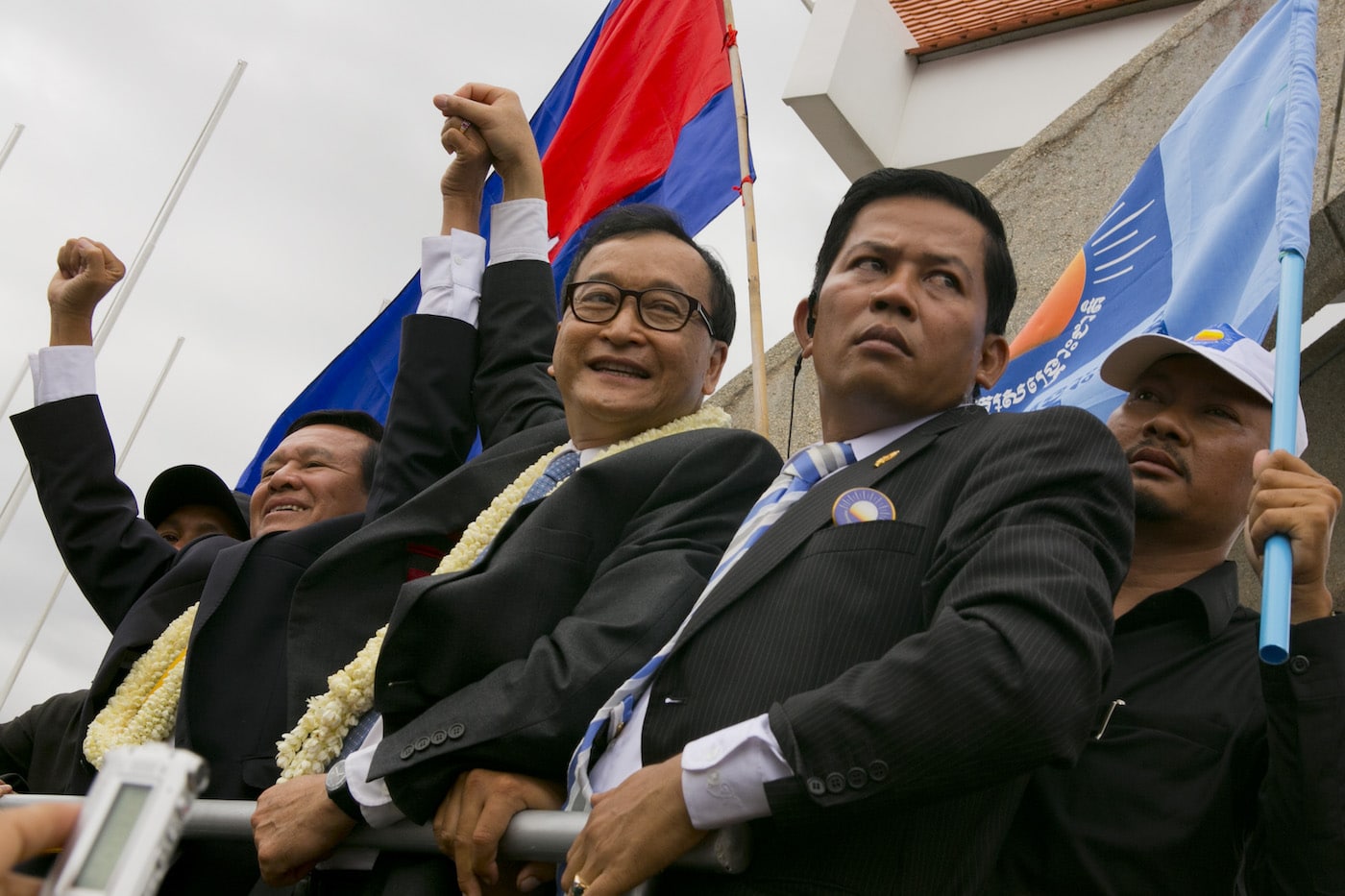 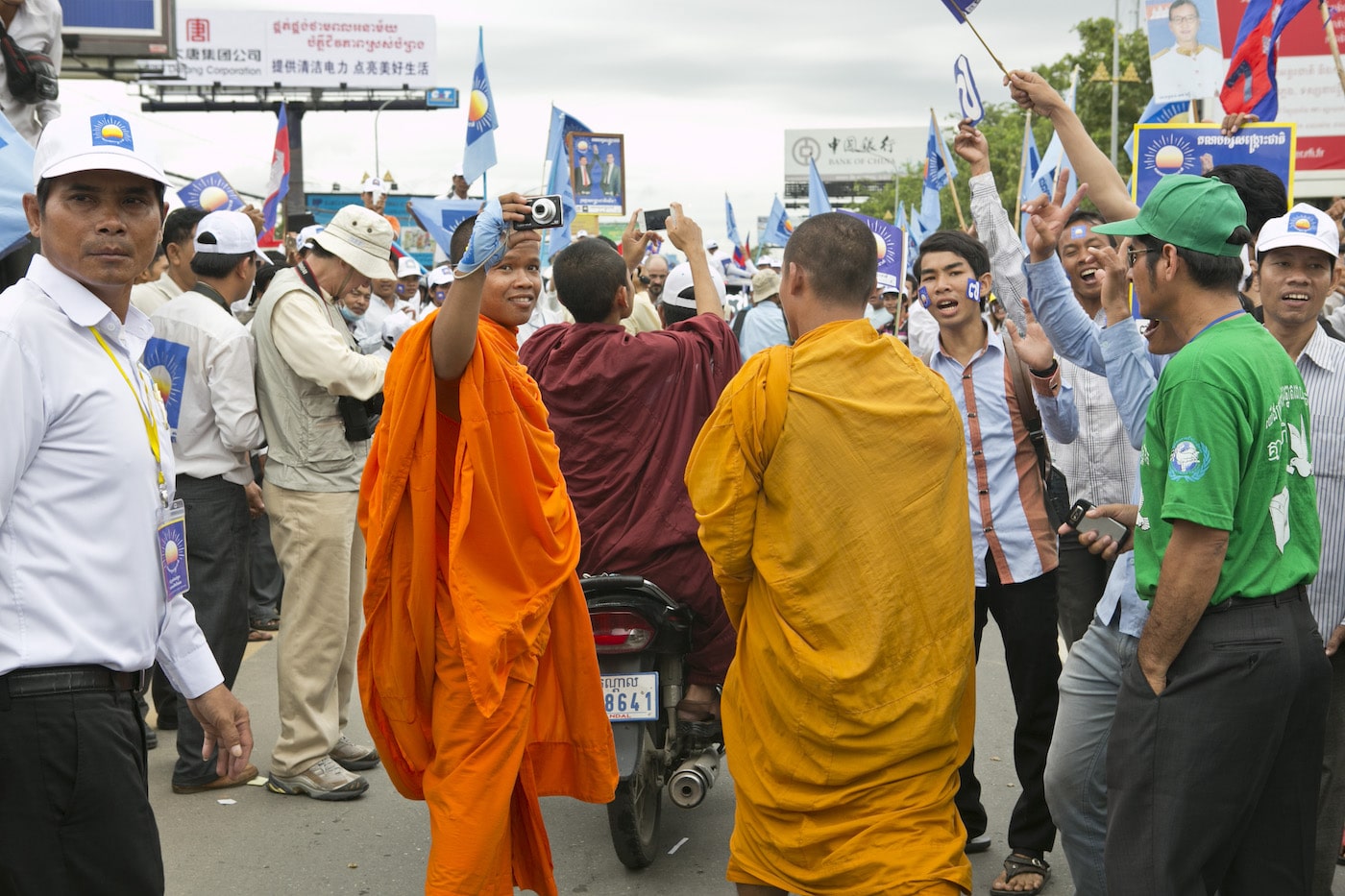 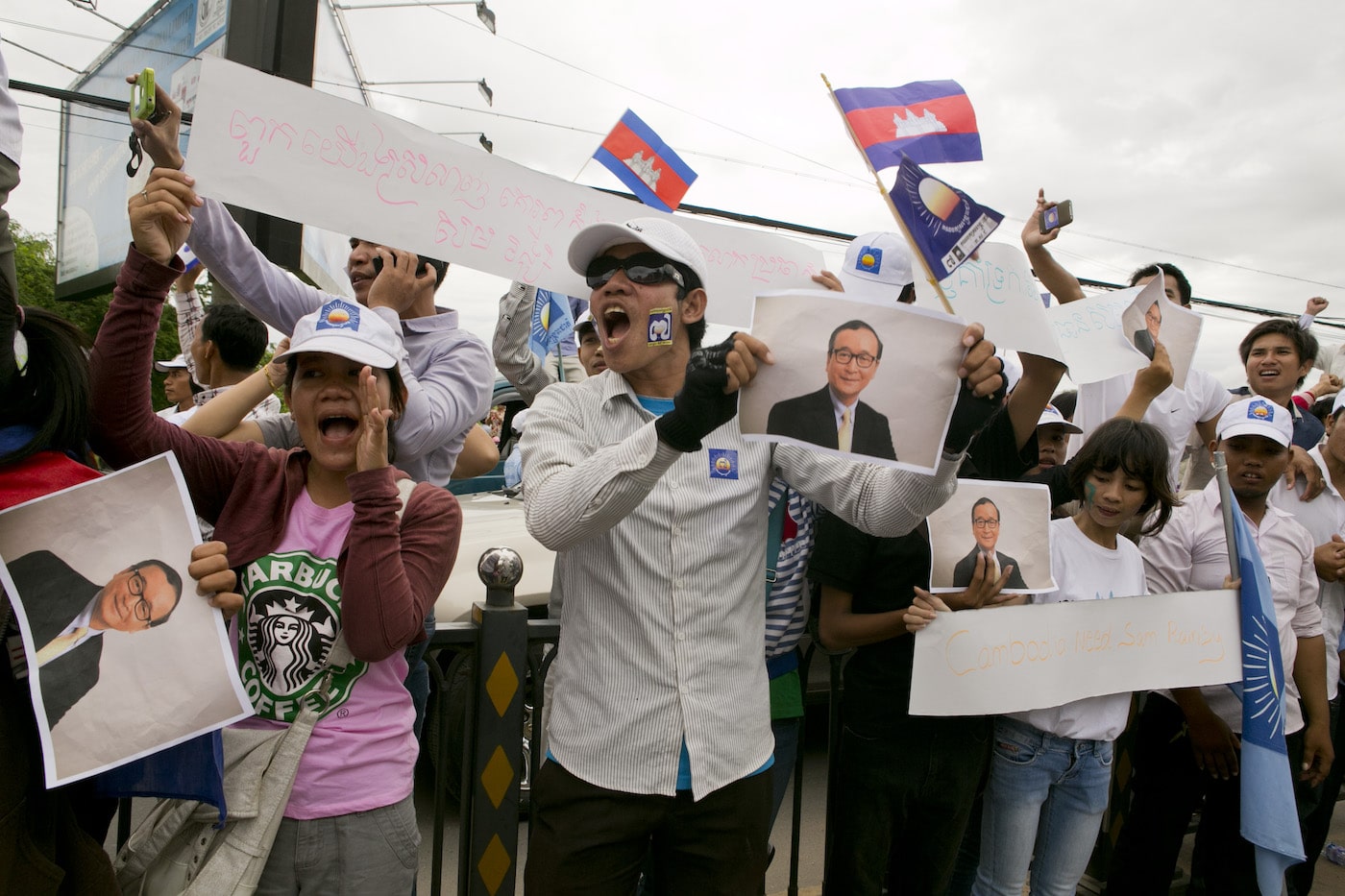 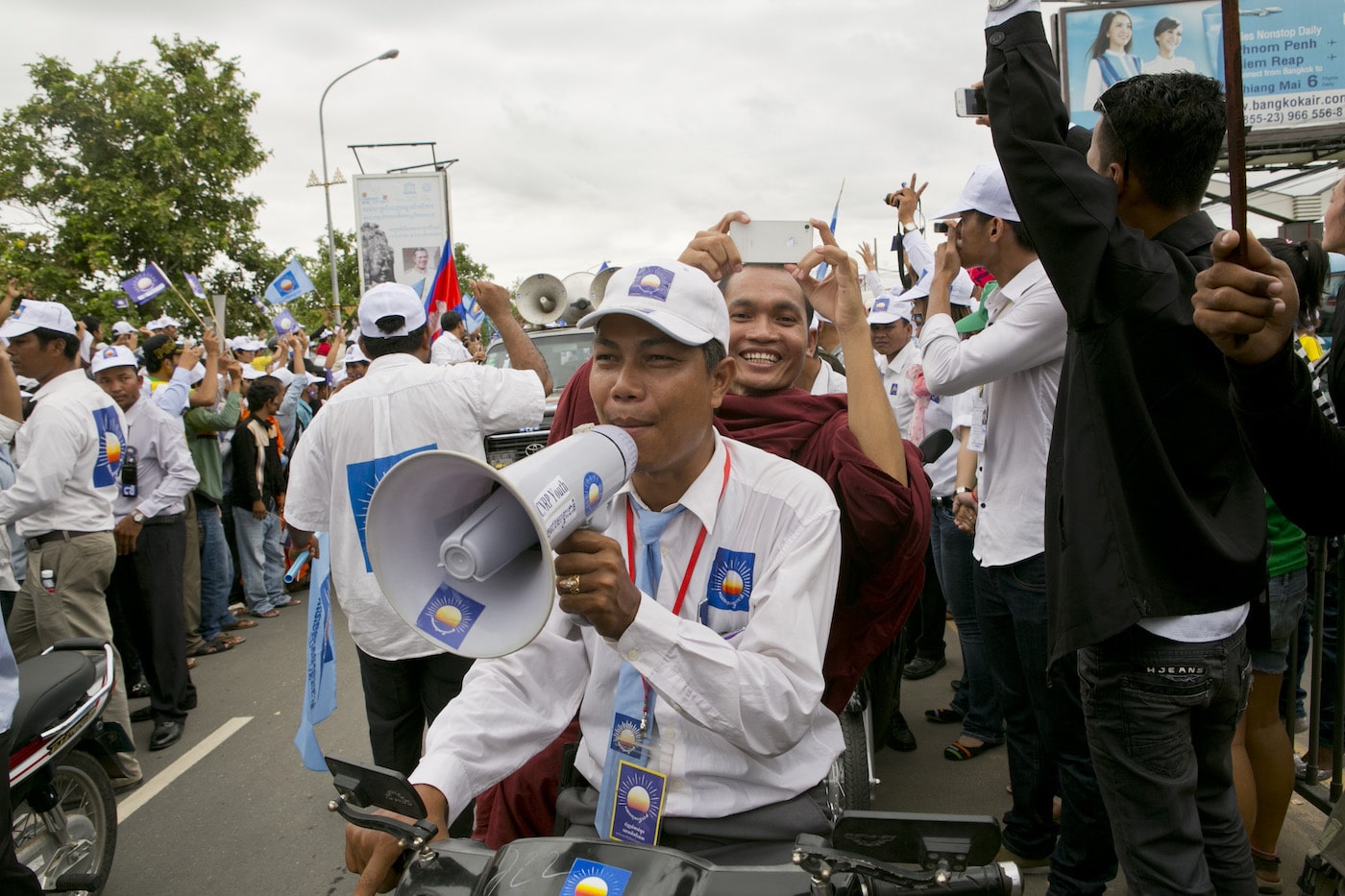 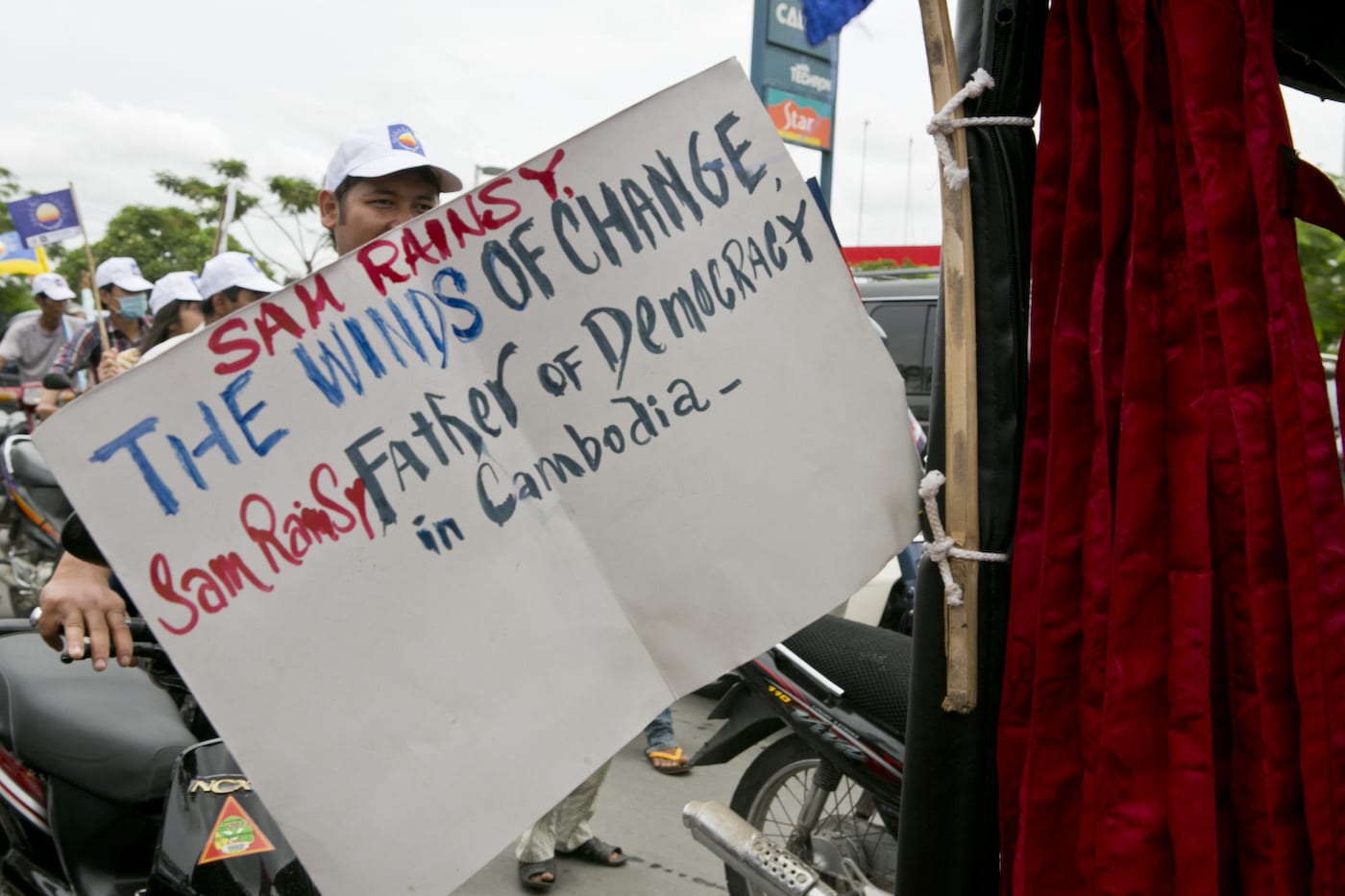 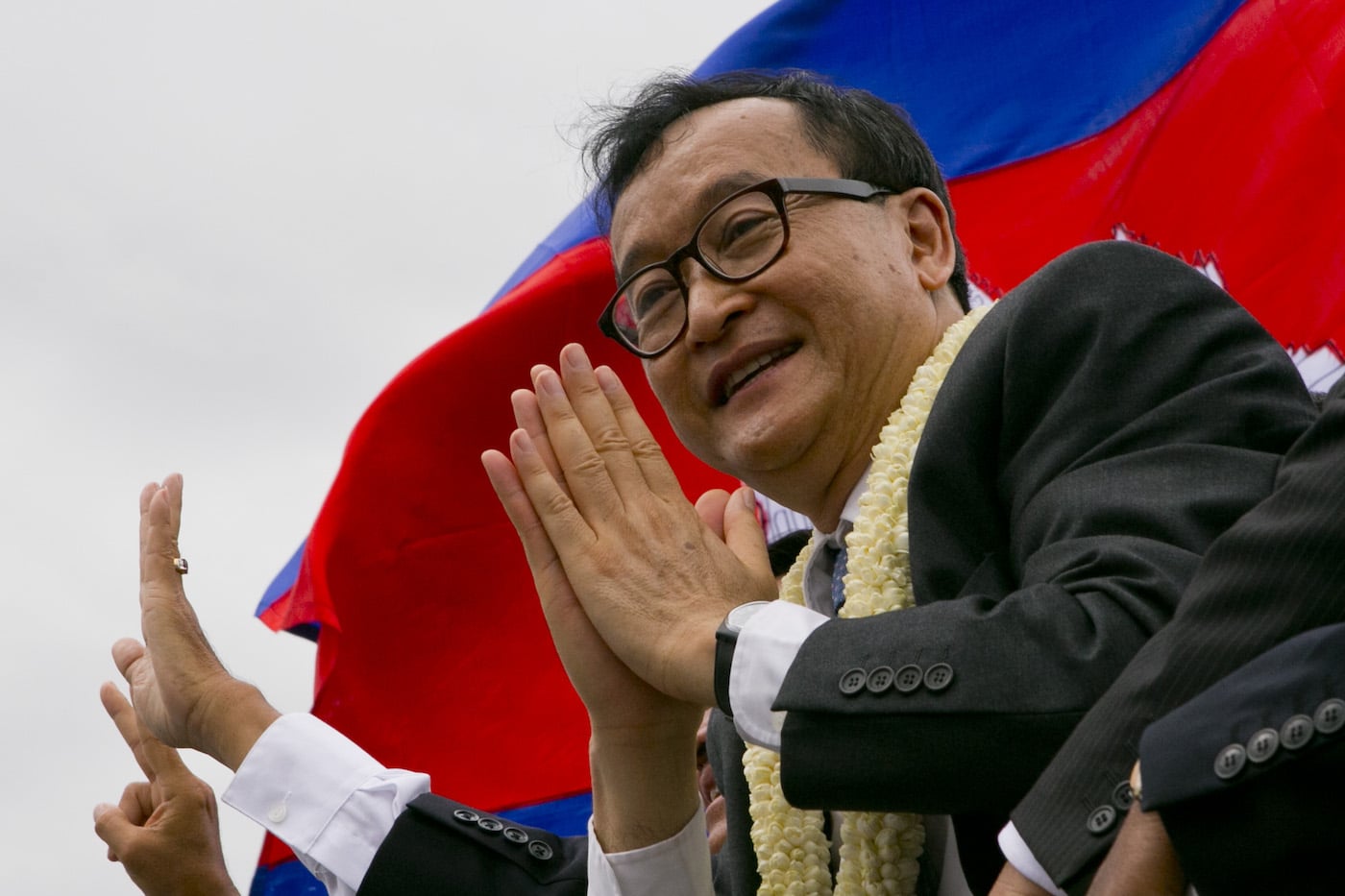 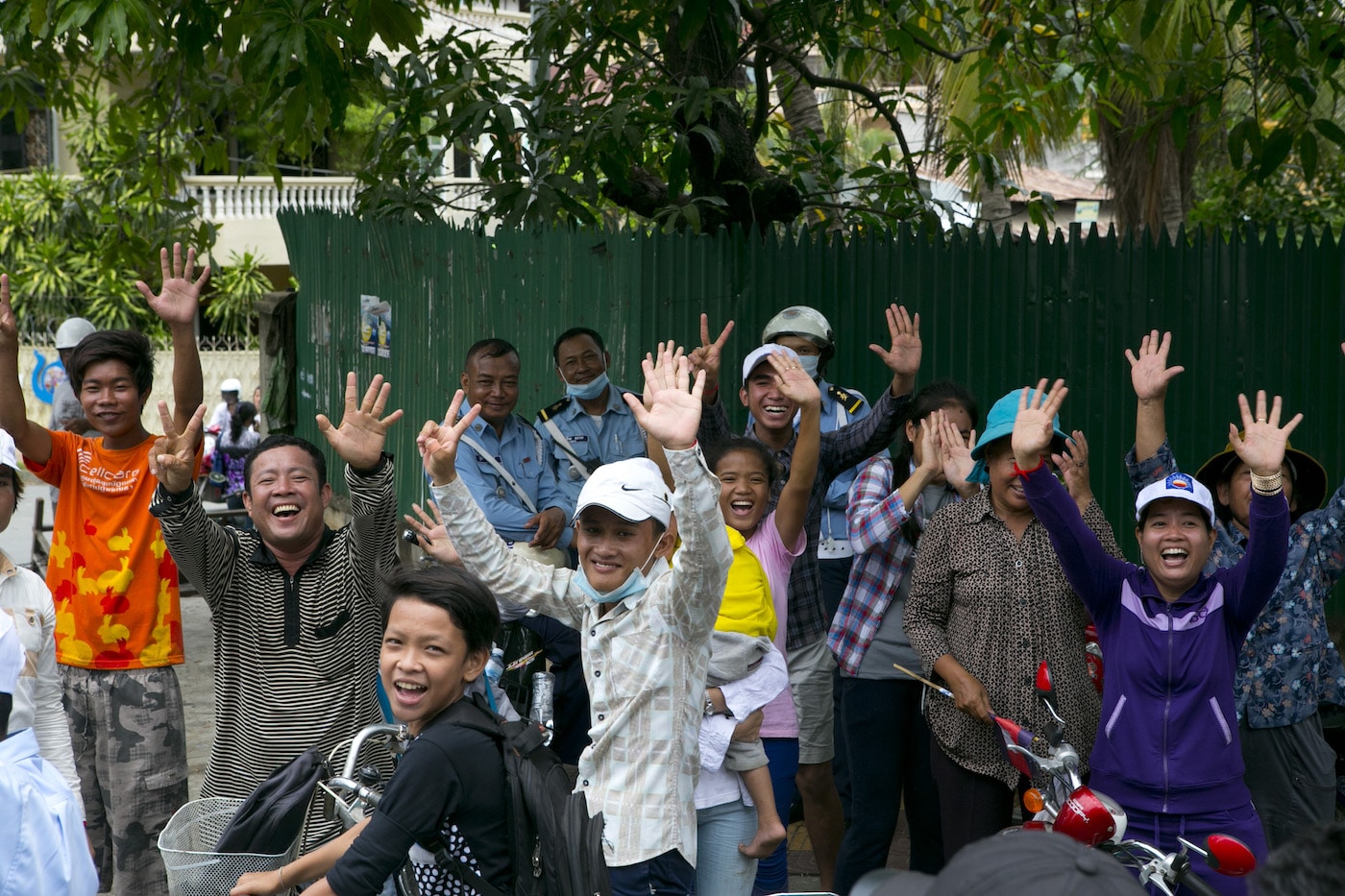 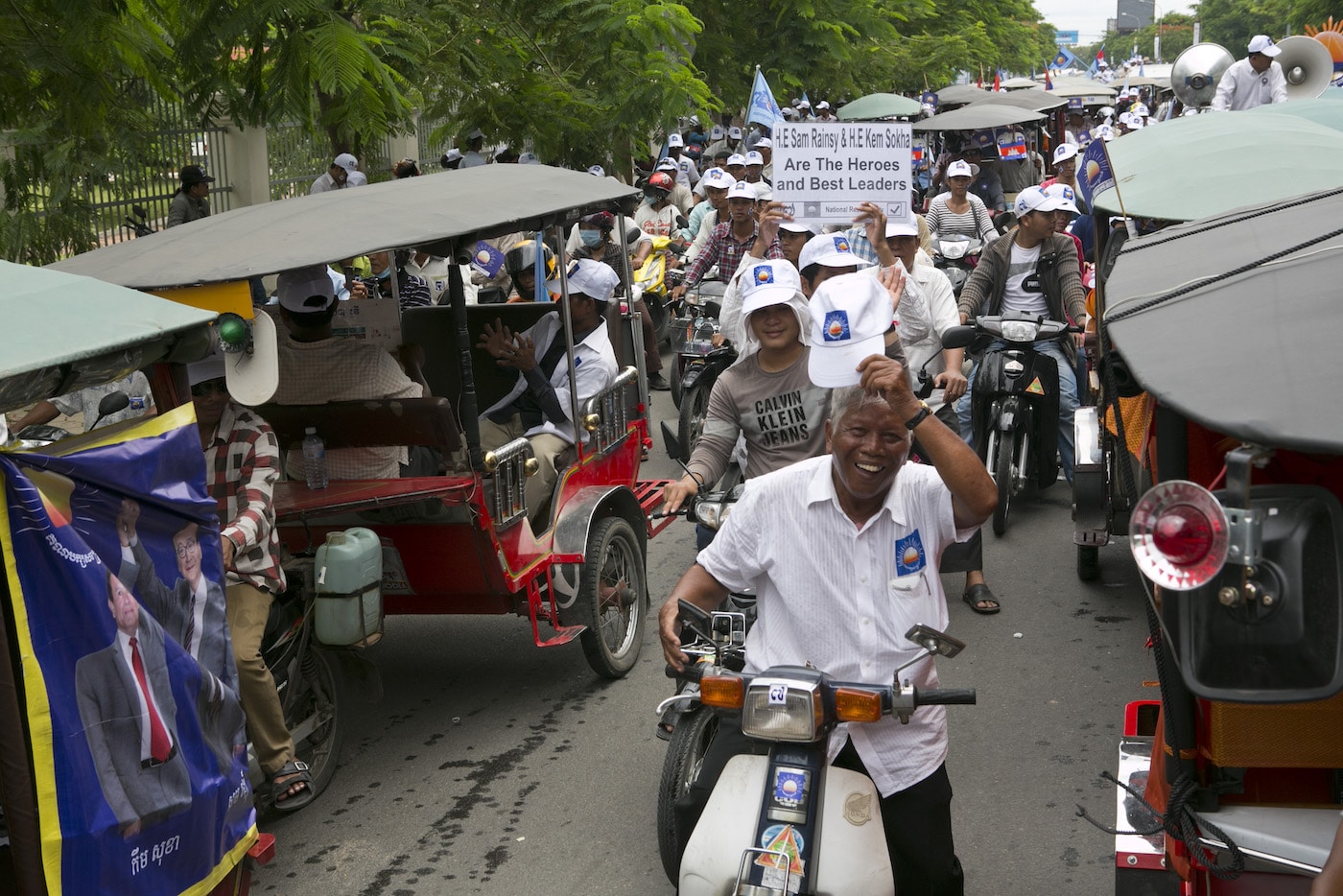 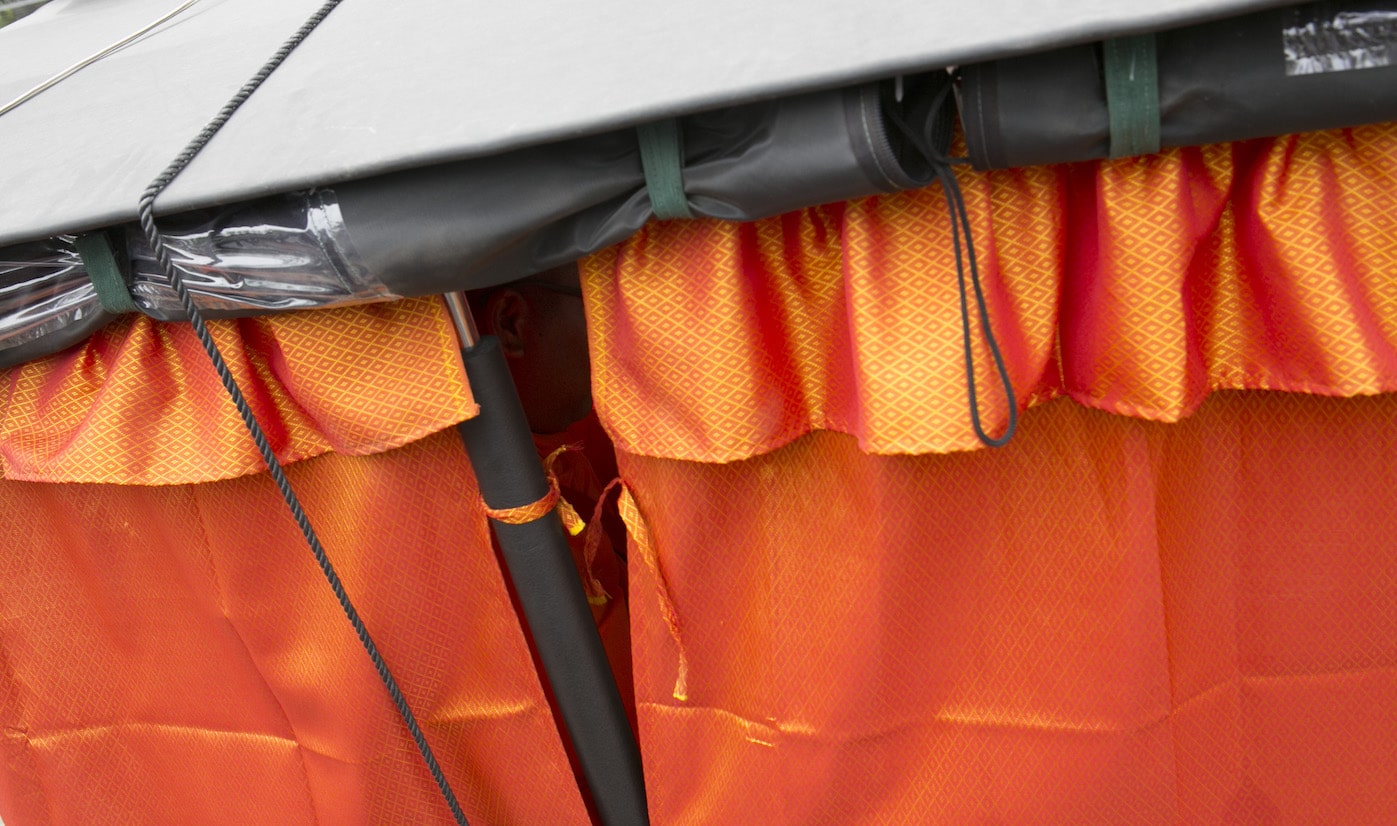 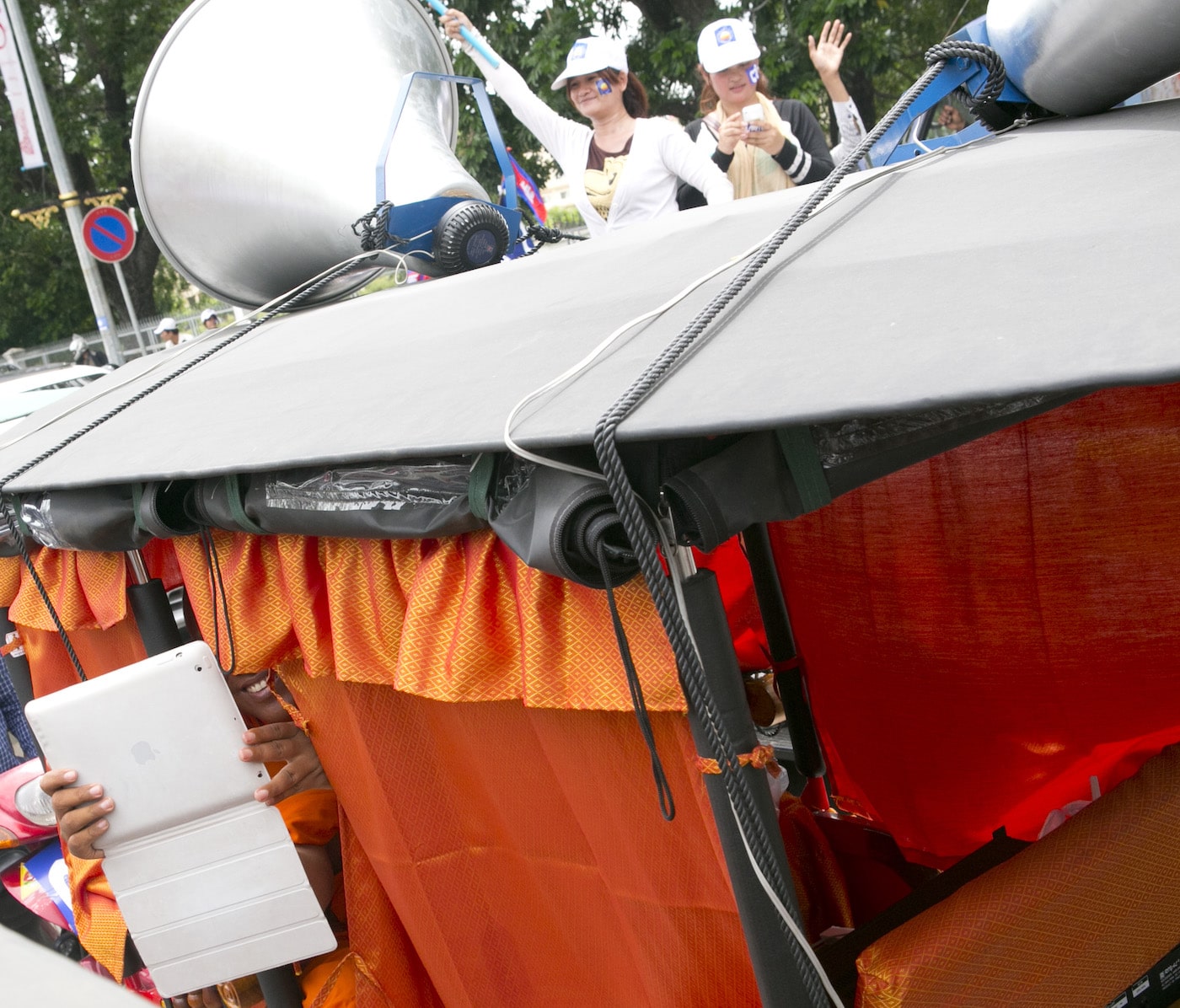 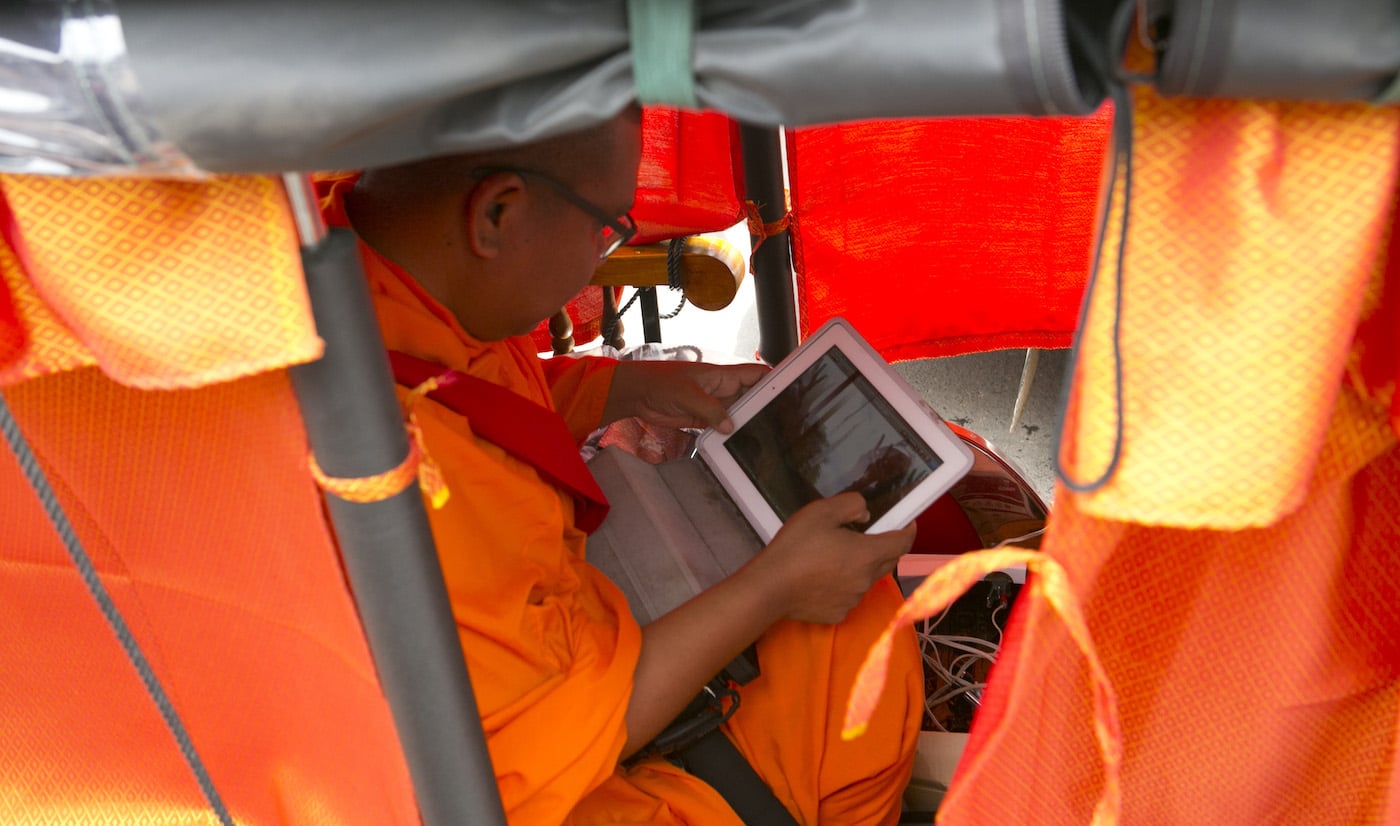 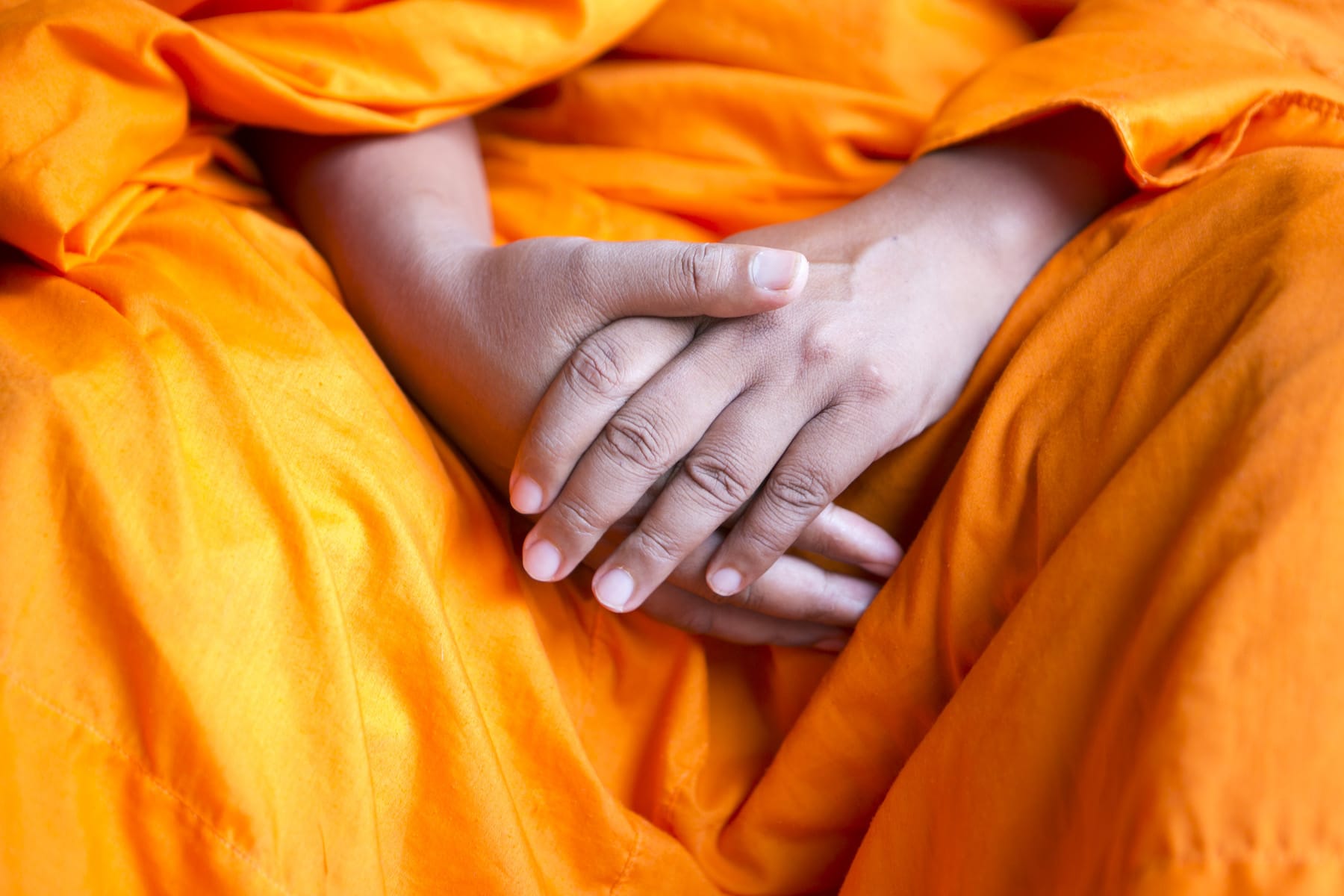 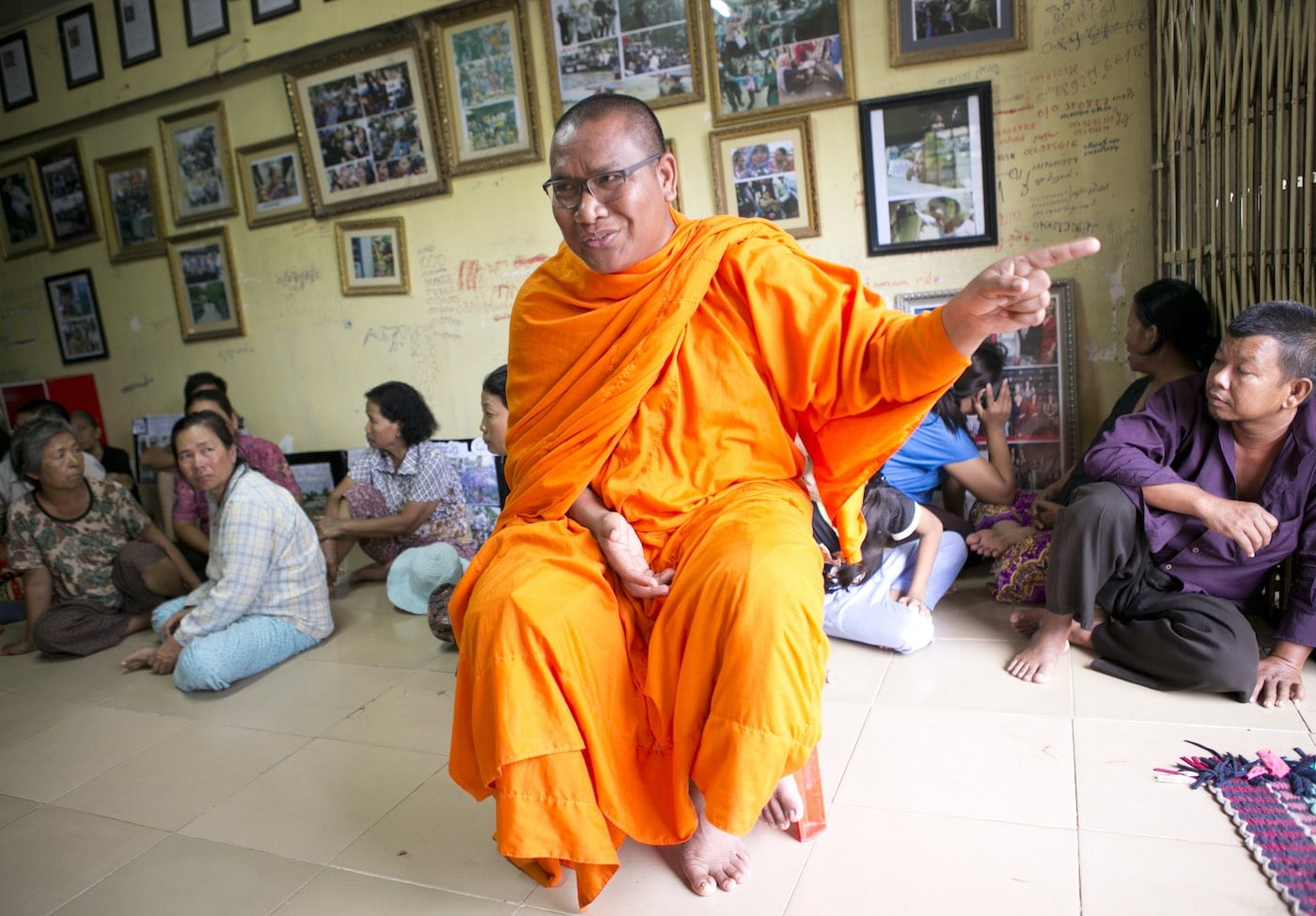 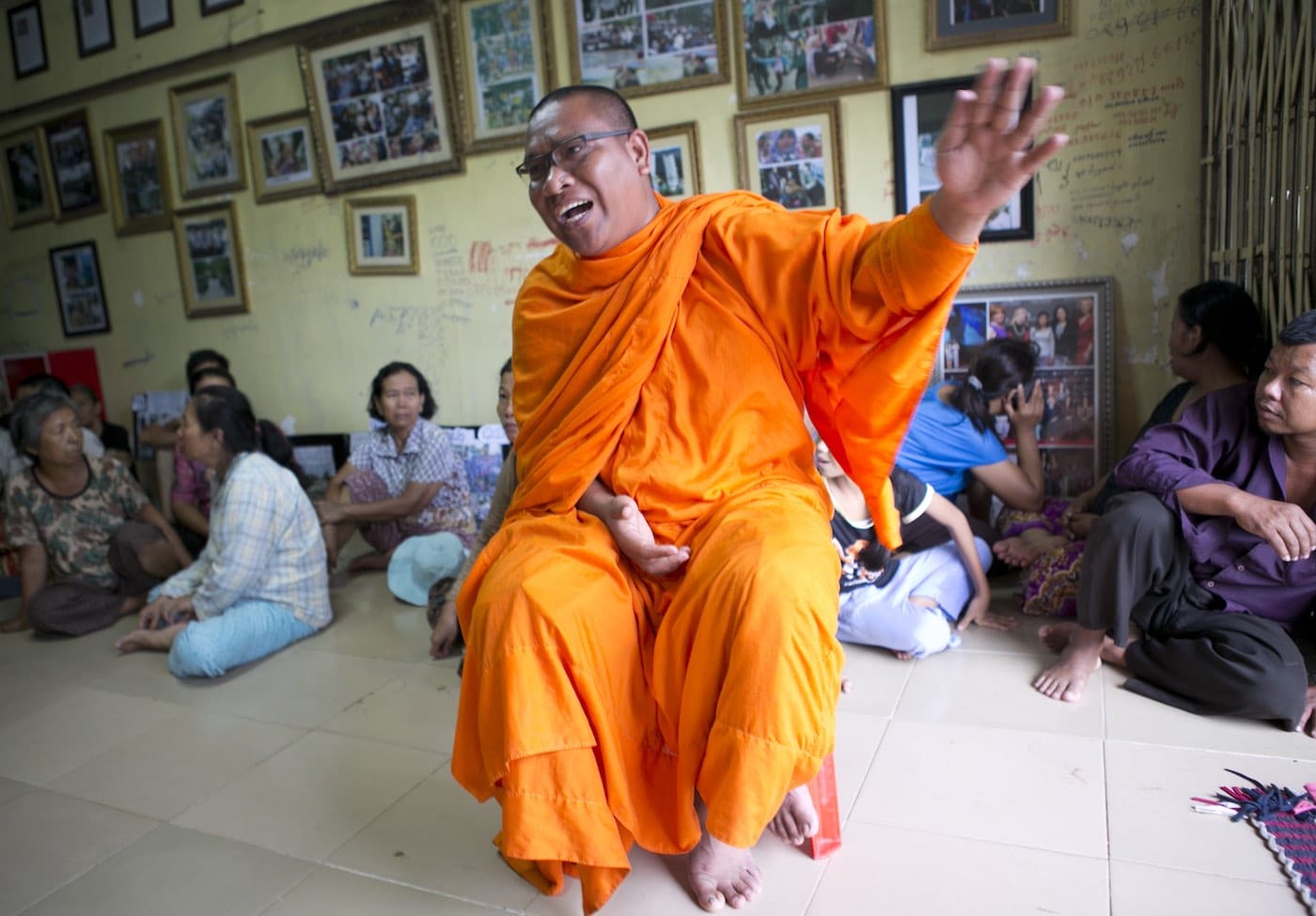 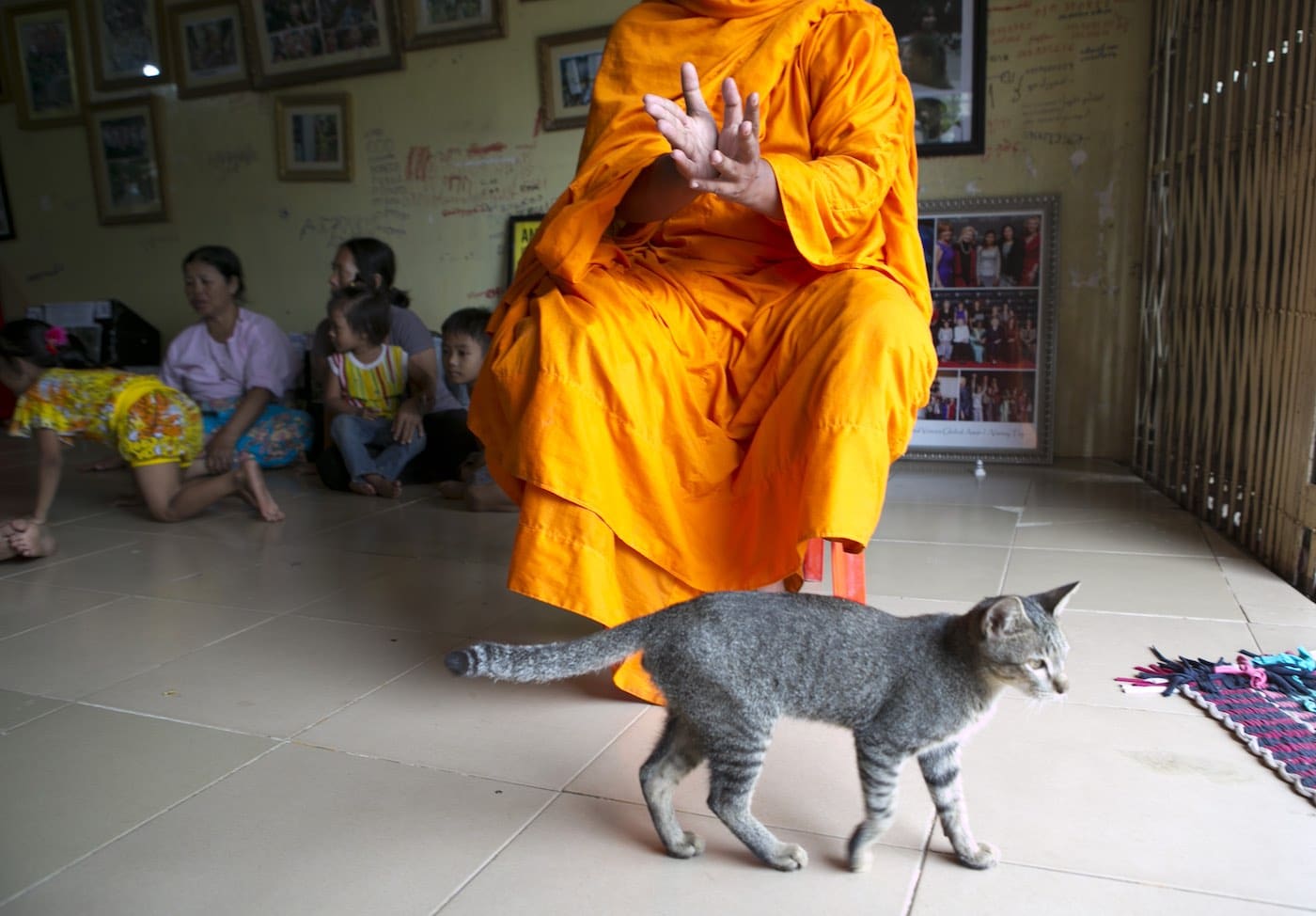 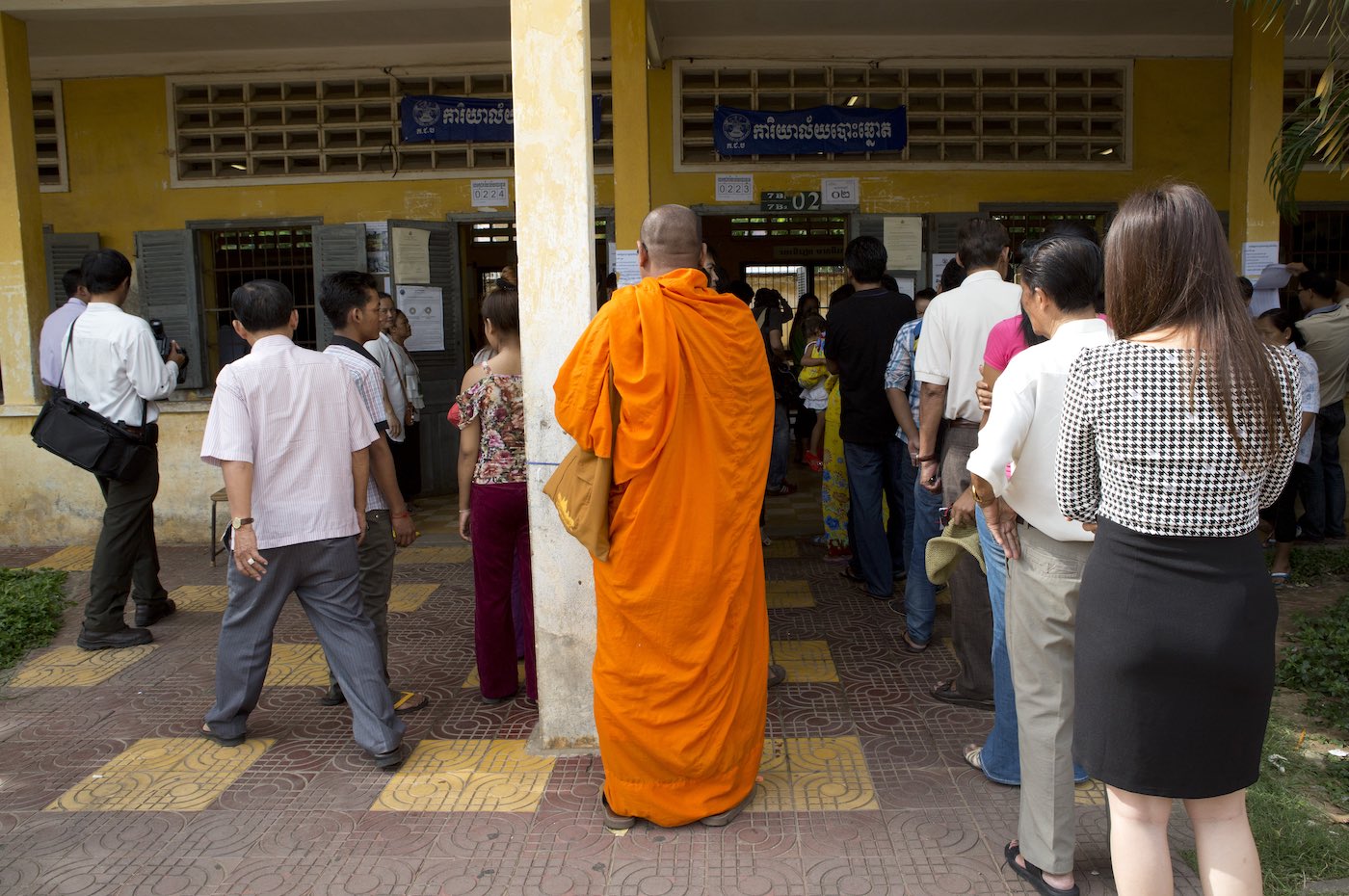 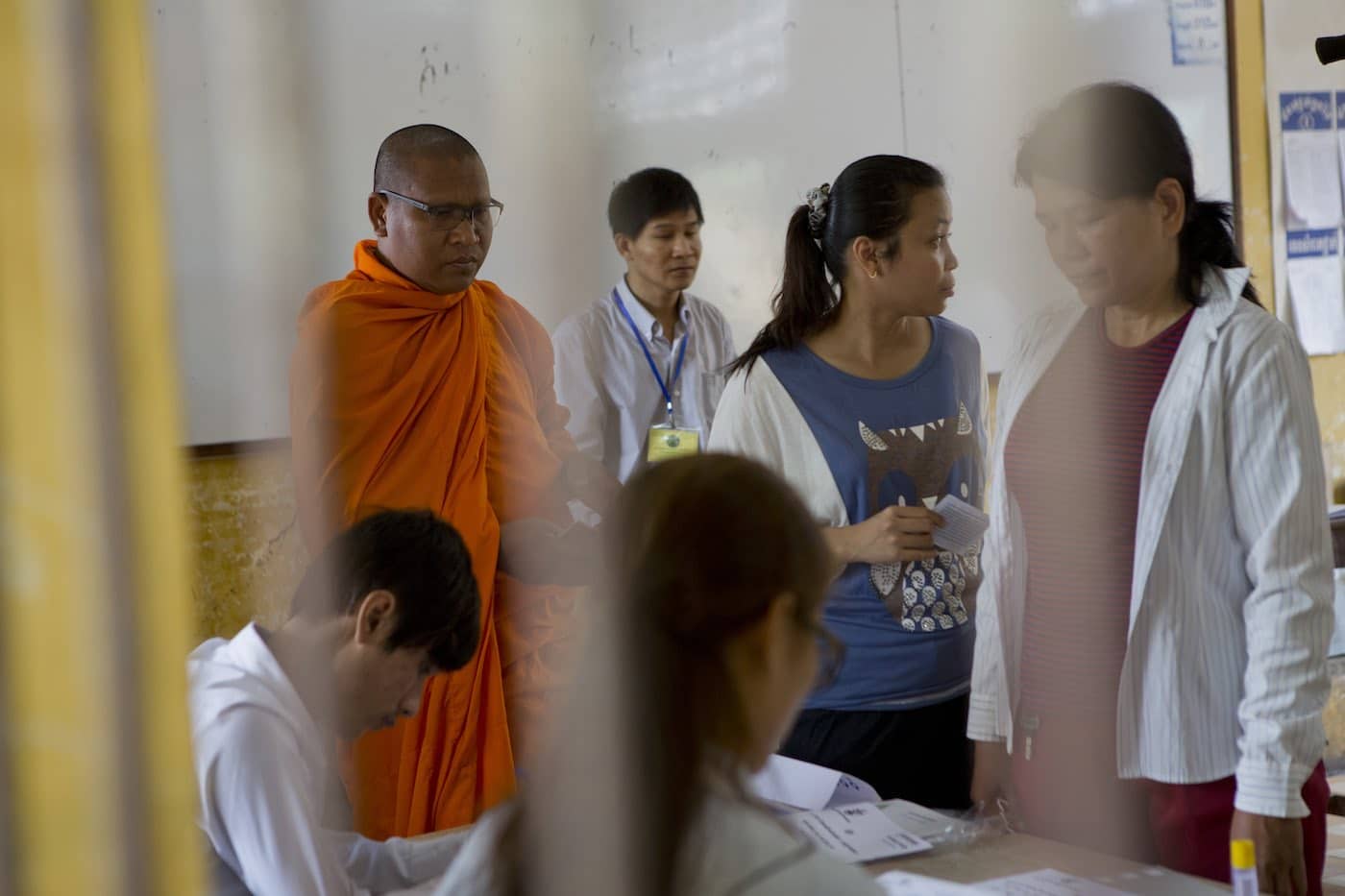 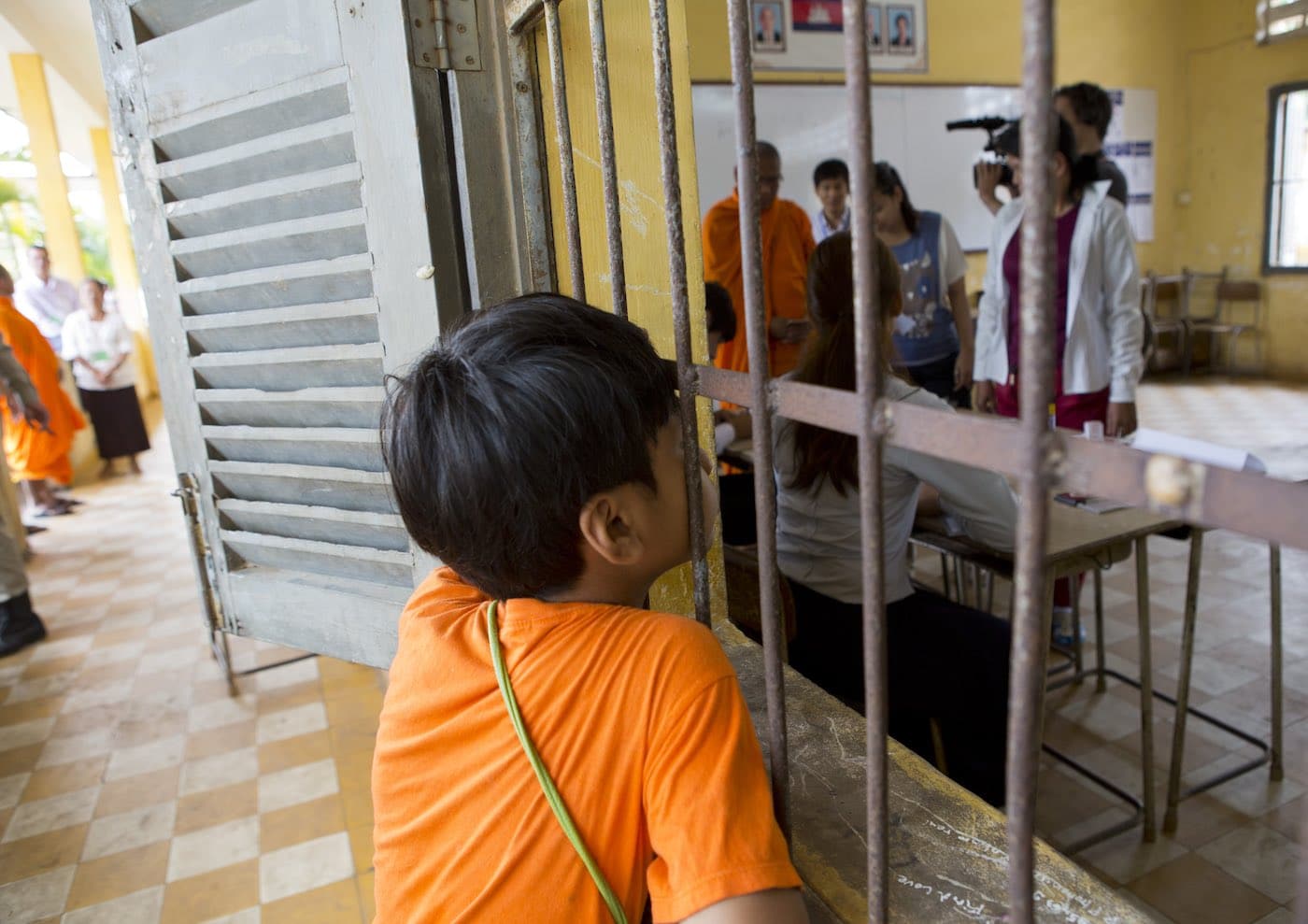 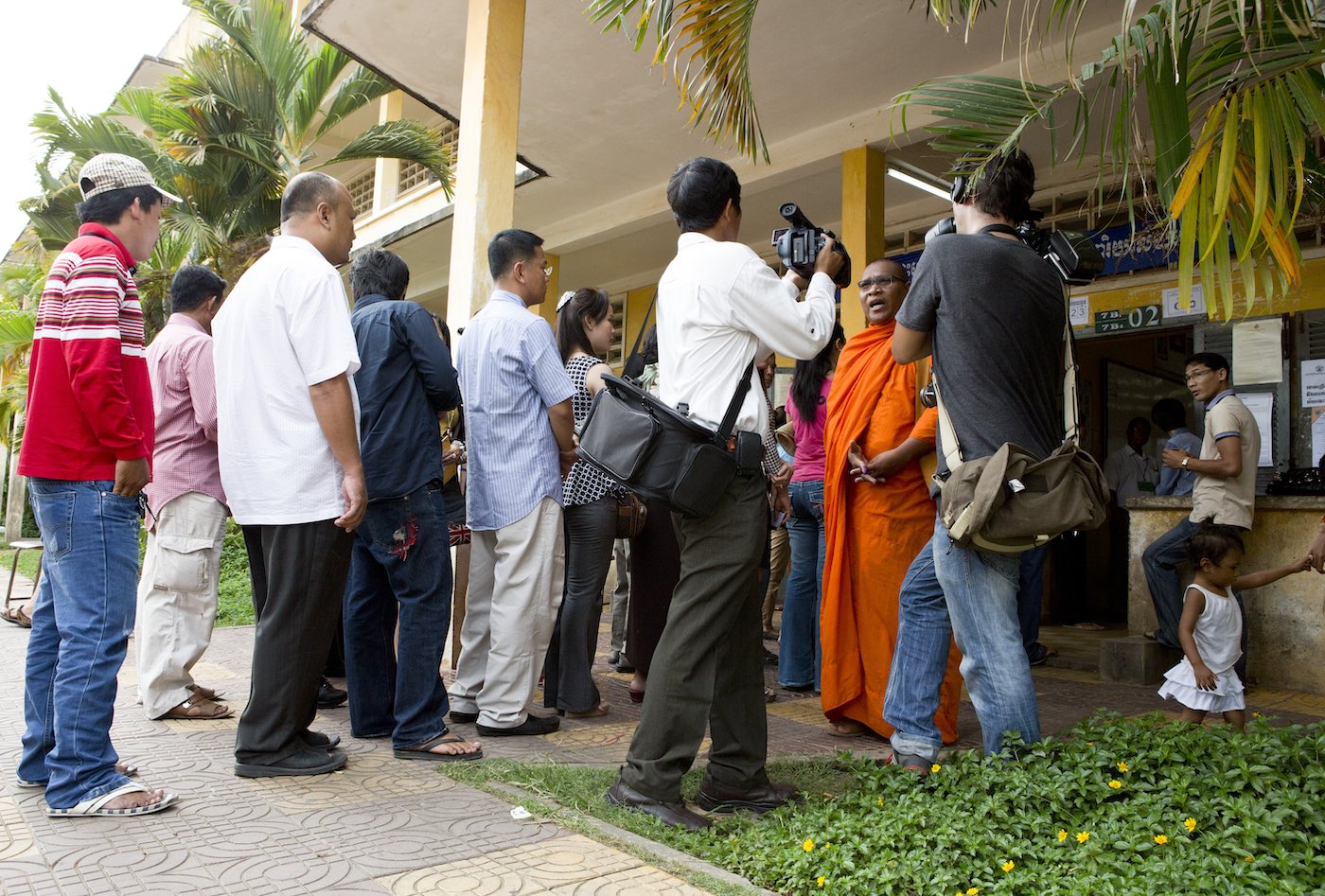 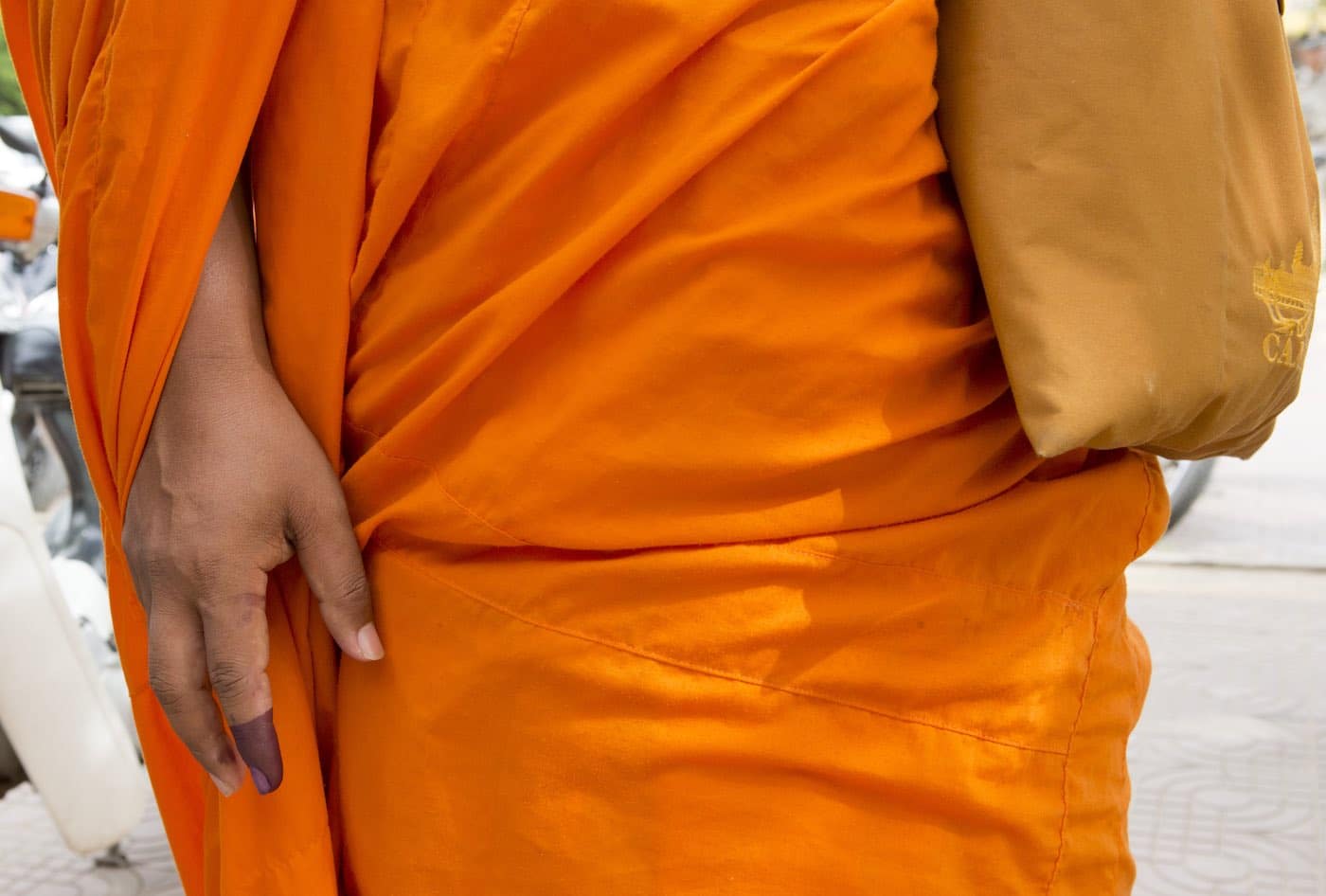 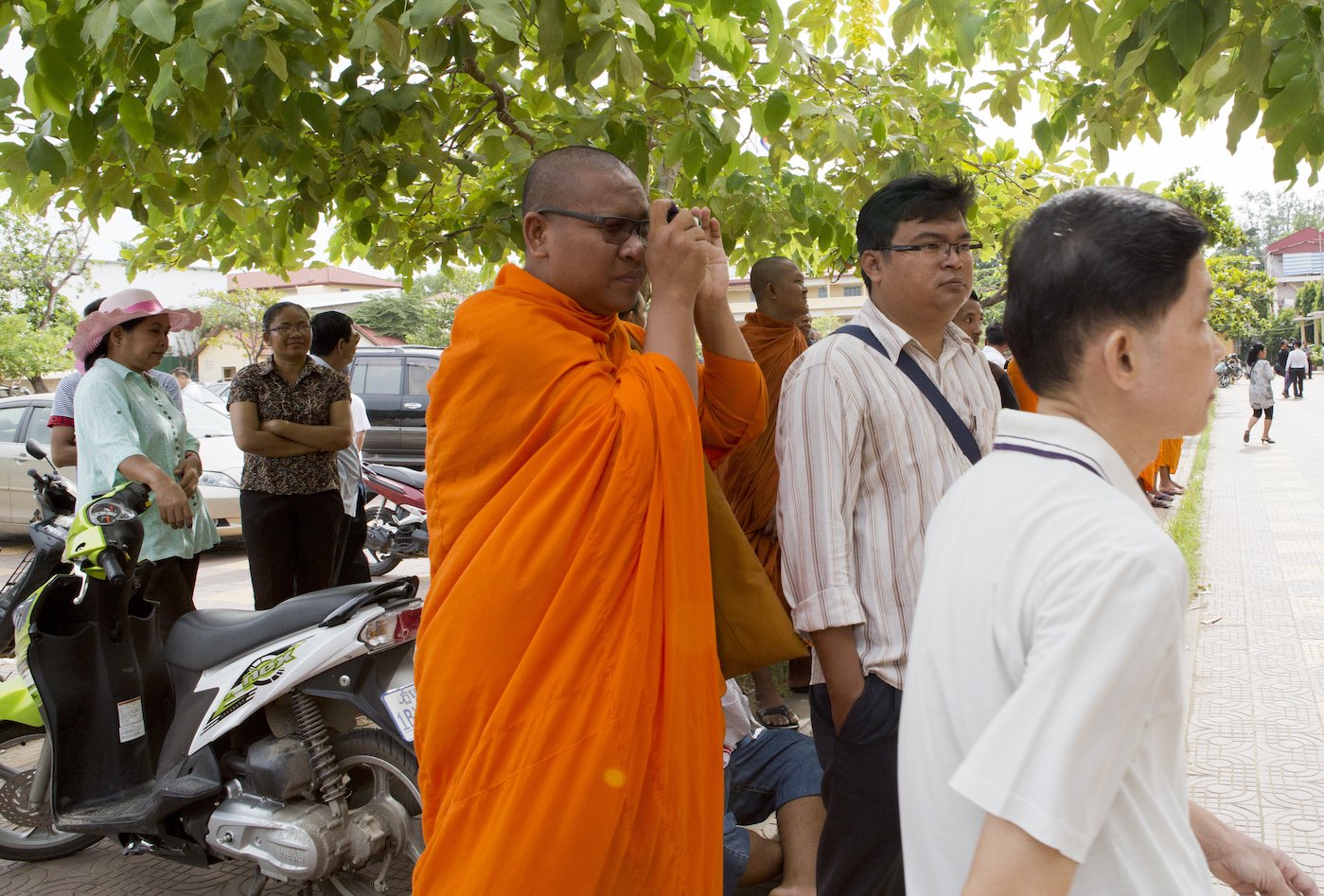